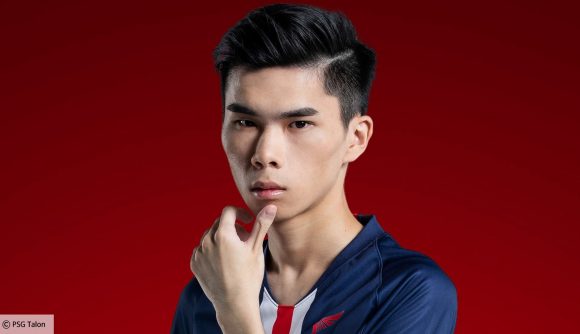 The global pandemic has been less than kind to Vietnamese League of Legends teams. Vietnamese Championship Series candidates have been unable to travel for a third consecutive international event, having missed out on Worlds 2020, as well as this year’s Mid-Season Invitational and Worlds events. In fact, the 2020 VCS Summer Split was cancelled altogether after COVID delays left inadequate time to see it out.

Unable to cheer on teams from their own region, VCS fans turned to its neighbouring South-East Asian league, the PCS, for this year’s MSI. Now, to celebrate the support received from those fans, the region’s MSI candidate and number one seed going into Worlds 2021, PSG Talon, has announced it is returning the favour by putting the VCS logo on the team’s jerseys.

“During MSI, the Vietnamese fans provided so much support and cheered us on to a final four finish in Iceland. To honour this support and to bring more focus to the strength of the South-East Asia region, we have been granted the request to wear the VCS Championship badge on our jersey as we head to Worlds this year.”

This incredibly classy gesture truly encapsulates everything esports should be about. You’ll be able to peep the VCS logo when PSG Talon kicks off its Worlds 2021 campaign against Royal Never Give Up on October 11.