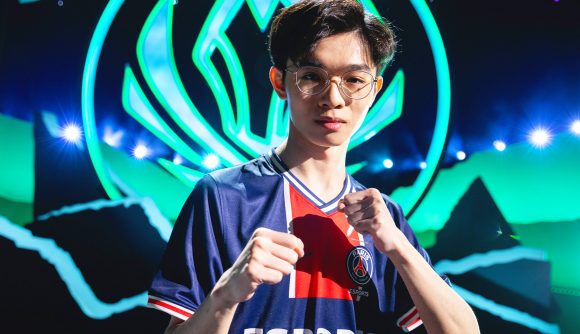 PSG Talon’s MSI 2021 run has been nothing short of a joy to watch. The PCS representative came into the tournament an underdog – another wildcard team thrown into the ring with powerhouse regions.

However, as former Flash Wolves fans would attest, PSG Talon isn’t just another wildcard team. At Worlds last year, the team dominated its play-ins group, and even took a game off of the LPL’s JD Gaming during the group stage. Indeed, coming into MSI, it always had the potential for an upset or two in the tank. And then disaster struck.

Shortly before the event, the team’s starting botlaner, Wong ‘Unified’ Chun Kit was sidelined due to ongoing pneumothorax – a condition where air fills the void between the chest cavity and lungs, causing them to collapse. In the team’s official statement, it revealed that rival team Beyond Gaming had sanctioned the loan of upcoming talent Chiu ‘Doggo’ Tzu-Chuan for the duration of the event in Unified’s stead.

Competing on the international stage for the first time at just 18 years old, with a completely new roster and limited preparation time, it would be easy for any player to simply play safe and do what they could to survive. However, Doggo has not once shied away from making big plays over the course of the tournament.

The secret to this, as Doggo tells The Loadout during a press conference, is simple – “you just have to give yourself a shot and be confident.”

Doggo’s aggressive style is reminiscent of what we have come to expect from LPL botlaners, so it comes as no surprise that the player is influenced by the likes of Yu ‘JackeyLove’ Wen-Bo. “I’ve watched and been inspired by JackeyLove before – the champion of Worlds,” he says. “He said before that he never thought of what would happen after he used his flash, so it’s ok to die in games.”

Doggo’s fearlessness has helped the player put together a string of impressive performances throughout the event. He will now be taking that Chinese aggression and putting it to the test when PSG Talon take on the region’s own Royal Never Give Up in tomorrow’s semi-final match.

Regardless of the result, Doggo and the rest of PSG Talon can return to the PCS with heads held high – though with wins over MAD Lions and RNG during the Rumble Stage under their belt, this underdog player and underdog team surely won’t go down without a fight.