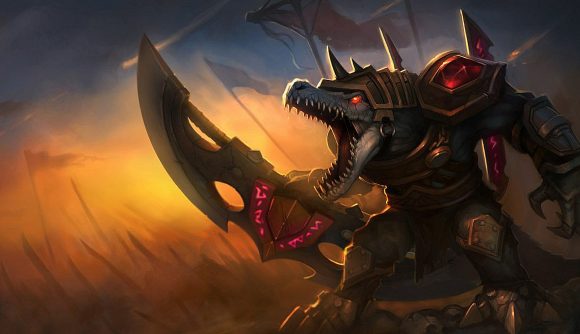 During players’ climbs through the League of Legends ranks, there was always one thing that pretty much everyone unanimously hated: promos.

After doing the hard grind and reaching enough LP to move up a rank, you then had the obstacle of a best-of-five series to contend with. Win, you move up. Lose, you stay put. Well Riot has taken notice of ranked players’ dissatisfaction with promotional series, and has decided to reduce the amount of them in ranked for the upcoming 2021 preseason.

Once the current Season 10 finishes in November after LoL Worlds, the preseason will commence. But players will not have to play promos for “inter-division” moves up the ranked ladder. This means that moving from Gold 3 to Gold 2 will not require players to play a promo, and it will solely be based on LP. This is also the same for players who are being demoted. Once you hit 0 LP, you’re dropping a rank, and there’ll be no promo as a safety blanket.

Despite scrapping these inter-division series, promos will still remain for players looking to move up or down a tier of the ranked ladder, for example going from Gold 1 to Diamond 4 or vice versa.

In a blog post, League of Legends competitive lead Codey ‘Codebear’ Germain explains why the decision to reduce the number of promos was made.

“Inter-division promotion games were initially implemented to provide compelling goals for players to tackle between tier,” he says. “At best, they were a source of relief when you won and, at worst a source of major frustration when you were bounced out for the fifth time in a row. We wanted to revisit the original decision and solve for unnecessary frustration and climbing blocks between solo and flex queues divisions.”

Dive into the state of competitive gameplay with end of season info and preseason 2021 plans.

Are you on track to earn this year’s Victorious skin? https://t.co/CK1lOcI2gi pic.twitter.com/GiFy4ON5We

Other changes coming to preseason include the scrapping of duo queue at Master rank or above. This change will be experimental, so may not stick for Season 11, but Riot wants to address concerns over duo vs solo matchups at the top ranks, which should only highlight “the best individuals on the server.”

Trialled changes to ranked seeding and matchmaking are also expected ahead of preseason.