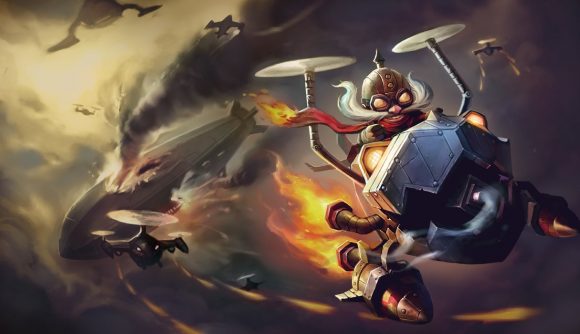 League of Legends gameplay design director Mark ‘Scruffy’ Yetter has responded to an issue surrounding disproportionately large LP gains on Riot-made pro player accounts. The issue, which grants the account owner far more LP per win compared to other high elo players, is currently being fixed. Riot has disabled the problematic accounts in the meantime.

According to the update statement, “all Riot-created pro player accounts created after January 7, 2021” will be inaccessible to their owners until they decay out of the Challenger ladder. Meanwhile, new accounts with the correct starting MMR will be issued to those affected.

League of Legends has had its fair share of MMR issues since the beginning of Season 11, with Riot Games buffing LP gains back on patch 11.2 after players with positive win rates reported that they were losing more LP than they were gaining.

Another issue which has been reported by players recently pertains to normal games somehow inflating ranked MMR, resulting in a similar issue whereby players are quickly ascending the LoL ranks despite potentially having a negative ranked win rate.

Update on the riot granted accounts that we give to pros moving to new regions:

-The accounts made in 2021 had an MMR issue giving them unfair gains (too high) compared to the rest of the ladder. We're disabling these accounts and giving fresh ones (with correct MMR) pic.twitter.com/AwcPSMarSh

Although Scruffy has yet to comment on the issue, with a growing number of players drawing attention to it, there may yet be further changes on the horizon.