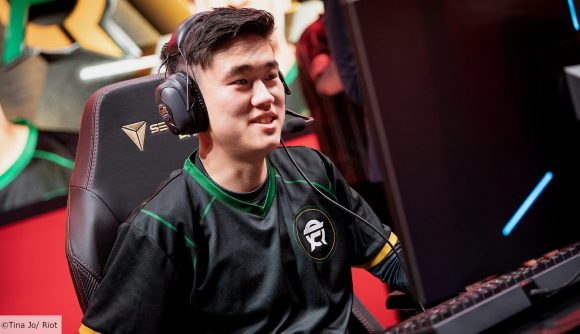 Pobelter, who is technically still contracted to LCS team Fly Quest but is open to offers, appears to have also confirmed that he won’t be competing in the LCS next season. The former Team Liquid player says he had been in negotiations with a number of LCS teams but that they never got back to him. He also says he doesn’t think “he can bare to watch LCS from the sidelines.”

In the lengthy statement he posted to Twitter, he goes into detail about how he has struggled to find a team in the LCS, despite his wealth of experience and history of winning splits. Pobelter also cites OG’s Dota 2 veteran Sebastien ‘Ceb’ Debs – who came out of retirement to compete again with the team and win The International this year – as an example of an older player who still found a new level of ability, despite his age. He believes that being an ‘older’ player is what is putting organisations off of signing him, but thinks he hasn’t yet hit his ceiling.

“I still think I’m one of the best players,” claims Probelter in his statement. “It bums me out to read that the mainstream opinion is that I’m ‘good enough for NA, [but] can’t perform on the international stage.’ And there’s a lot of people who are just being revisionist and claiming I never even played well domestically, when I actually played so fucking good all of Summer 2017, and all of 2018.”

One of the LCS’ biggest names, Yiliang ‘Doublelift’ Peng, showed support for Pobelter, who was his teammate at Team Liquid during the 2018 season in which they won both the spring and summer splits.

“Eugene, as a teammate, was absolutely incredible,” Doublelift says during a livestream. “So fucking good man… I think it’s crazy that people think he’s fucking bad or not even worth an LCS spot, like he’s easily a top three or top four mid laner in LCS.”

Pobelter, who is only 23 but generally considered a veteran because of his lengthy career, had a disappointing 2019 with Fly Quest, with the team finishing ninth in the summer split.

Concerns have been raised over the talent in the North American region following the dismal Worlds campaign for LCS teams which has lead to many teams looking further afield for new signings rather than signing up existing LCS talent.

While his departure from Fly Quest isn’t official, it appears as if Pobelter will not be offered a starting spot on the team judging by the content and tone of his statement.