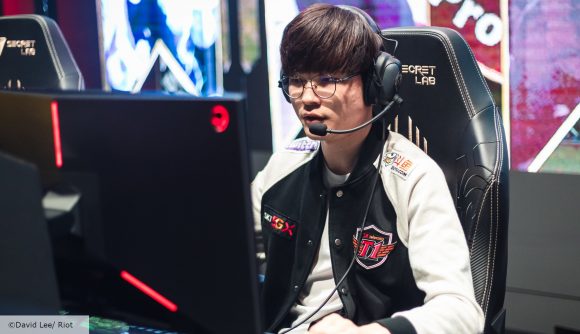 A League of Legends player got a real surprise when he was told that he had just beaten a team that included three-time Worlds champion Lee ‘Faker’ Sang-hyeok.

Reddit user Philphkt posted that he had headed into a solo ranked game and noticed a player on the other team with the gamer tag ‘Hide on stream’. Thinking little of it, Diamond 1-ranked Philphkt went about the game as usual, with his team securing the win. However, on hearing that he may have just faced the SK Telecom mid-laner, he decided to do some digging and found it was indeed him.

Faker, who has spent his entire professional career at SK Telecom and winning three Worlds titles in the process, is highly regarded as one of the greatest LoL players to have ever lived. He has been inducted into the Esports Hall of Fame and is thought to have earned over $1.2 million in his remarkable career.

For him to appear in a ranked solos game in the EU region would have been a surprise, but it turns out after some investigating by fans he was playing at the LEC Studios in Berlin.

The SK Telecom team are in Berlin ahead of the group stages of the 2019 World Championships, which commence this weekend in the German capital.

“I didn’t really believe it at first,” Philpkt told The Loadout, “so I kinda researched it and I figured it was him, it made me a bit shocked.”

“He played really aggressive and he literally tried for every single poke he could go for,” he added.

Not many of us can say we’ve managed to play against a pro LoL player, let alone one of the most decorated of all time. It’ll certainly be a moment this lucky player will remember for a long time.