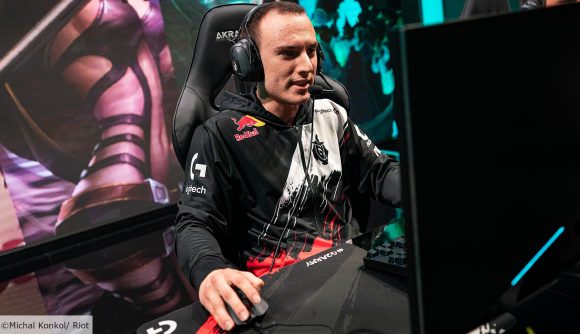 G2’s captain Luka ‘Perkz’ Perkovic has claimed that a recent nerf to Akali in League of Legends has “completely fucked” the champion.

Since the beginning of the 2020 season, professional LoL players have been quaking in their boots over the prospect of facing Akali, with the first two weeks of the LCS and LEC seeing 100% ban rates for the champion. In response, a recent patch looked to balance Akali and make her less of a threat, but mid laner Perkz thinks that Riot has overcompensated and nerfed too many aspects, which ruins her “niche.”

Speaking on a livestream, Perkz gave his thoughts on what he thinks Riot should do to Akali. He says that the initial reason everyone was banning her was because her “damage was too high,” but believes that while Riot has addressed the issue of damage the other nerfs to the champion were totally unnecessary.

If the changes to Akali are as disastrous as Perkz says they are, then we should surely expect to see Akali’s sky-high ban rate in the top LoL esports leagues begin to drop soon.

Whether the nerfs will be countered with a few buffs in future patches remains to be seen, but it appears that Riot has done all it can to stop Akali’s ban train dead in its tracks.