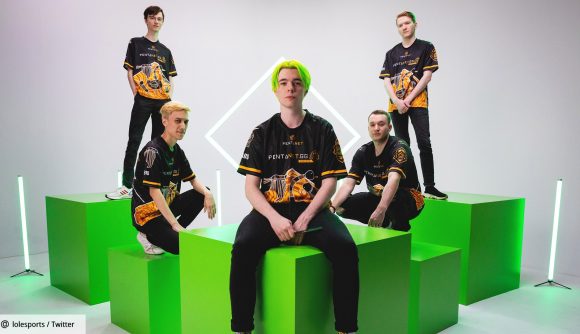 Oceanian League of Legends side PentanetGG made history this weekend by becoming the first team from its region to ever make it out of the group stage of a major international tournament. The team secured its spot on the final day of its group stage, after a huge tiebreaker victory over Unicorns of Love.

Pentanet came into the final day with a mountain to climb. Alongside Unicorns of Love, the team sat with a paltry 1-3 record – though considering both sides were sharing a group with Royal Never Give Up, this was to be expected. With a flawless series of performances from the Chinese representative, it was a toss up between OCE and LCL as to which region would advance. After some intense games, it was Pentanet which came out on top.

OCE teams have traditionally faltered at the first hurdle during international events. Prior to Pentanet’s progression to the MSI rumble stage, it was Legacy Esports’ almost miracle run during last year’s Worlds play-ins stage that set the bar for future representatives.

This would, unfortunately, become a mammoth task for future sides. The OCE region was decimated towards the end of last year following the announcement that the Oceanic Pro League would be dissolved by Riot Games. Additionally, many of the region’s top players were subsequently snapped up by North American organisations after the import rule was changed to grant them immediate residency.

NA pay their players millions of dollars a year to get hardstuck in groups but we pay our players a Maccas Happy Meal and we make it out? LMFAOOOOOOOOOO #MSI2021

However, with the revival of the region’s league in the form of the League of Legends Circuit Oceania – a joint venture between ESL and Guinevere Capital – those left behind were once again able to take to the Rift. Without Riot’s support, and with but a modicum of funding compared to other regions, Pentanet’s underdog story is all the more impressive. Yeah the boys.