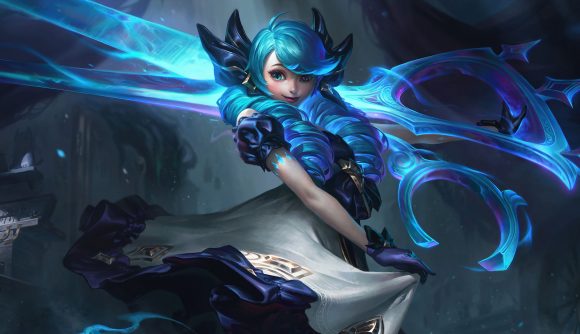 League of Legends patches 12.12b and 12.13 were already shaping up to be bigguns when game balance and preseason design lead Matt ‘Phroxzon’ Leung-Harrison spilled the beans yesterday. Now, the Riot Games developer is back with a full rundown of the intended changes for the upcoming patches – and not only is Gwen getting some major adjustments, but Sivir is too.

According to Phroxzon, who shared the change list via Twitter, Gwen’s changes will “lower W, E uptime, and hit R burst.” Meanwhile, Sivir’s tweaks “aim to give her more moments of personal power.” Although Gwen’s win rate in soloq is currently struggling at all levels, she remains a potent pick in pro play. Sivir, on the other hand, has seldom seen play at all levels this season.

Elsewhere, there are some major buffs to Master Yi coming through which have been met with concern from players. Being able to choose where (Q) Alpha Strike pops him out is a pleasant quality of life change, but the boosts to his auto attack range and ability to spam (W) Meditate more – giving Yi a second of 90% damage reduction and an auto attack reset every nine seconds – are hefty buffs that could very well make him a soloq monster, especially in low elo where he already performs best.

On the nerf front, Bel’Veth and Volibear look to bear the brunt of the changes. The Void Empress’s survivability is being hit, while The Thunder’s Roar is being reduced to The Thunder’s Growl as the damage across his kit is taking a big old whack. You can check out the full change list in the Tweet below.

12.12b (Thursday) and 12.13. We're targeting non-burst buffs for burst oriented champs (which will increase burst some amount on account of snowballing a bit more). Gwen changes lower W, E uptime and hit R burst. Sivir changes aim to give her more moments of personal power. pic.twitter.com/G9BbtdjjYZ

With changes that are both completely merited and somewhat controversial making their way into League over the coming patches, we’re eager to see how they land, and ultimately how they will shake up the existing meta.