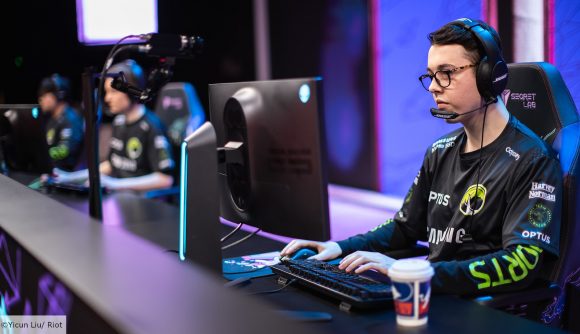 Riot Games has announced that the Oceanic Pro League will be dissolved and will not operate in 2021. This comes in tandem with the news that Riot is shutting its office in Sydney as the Oceania market is not able to “support the league in its current form.”

The OPL, which was formed five years ago as one of Riot’s official regional League of Legends leagues, mainly serves Australian talent, but current teams also have players from New Zealand and imports from China, South Korea, and Hong Kong on their rosters. The OPL saw its best ever viewership in its last competitive split, according to Esports Charts Pro, however the 51,000 peak the competition achieved is some way off a lot of Riot’s other regional leagues.

In an attempt to continue supporting players in the region, Oceania will now become part of the “competitive territory” of the North American LCS, meaning any talent from the region scouted and signed by LCS teams will not take up an import slot.

While the Oceania scene will no longer have its own official league, Riot will still give teams in the region an avenue to international events. It says in a statement that “qualifying tournaments” will still be hosted for Oceania teams so that the region can still be represented at MSI and LoL Worlds.

An update about the future of the Oceanic Pro League (OPL) – https://t.co/K5t271nP9R pic.twitter.com/sT9VRyKDnZ

Riot’s decision to call time on the OPL will be devastating for dozens of LoL pros in the region. While the very best talent may now see new doors open for them in the more lucrative and competitive LCS, the majority of players and teams will now be without the support of Riot if they want to continue competing.

Legacy Esports, the reigning OPL champion that recently represented the region at the LoL Worlds 2020 play-ins, has already released a statement saying it is “saddened” by Riot’s decision but that it “remains committed to competing in League of Legends in 2021.”

OPL 2020 Summer Split runner-up ORDER tweets that the news “hurts,” while Pentanet says that the announcement came “as a shock” before stating it will continue to develop the esports scene in Western Australia regardless.

#IAMOPL 🔸We’re bloody proud of our team’s OPL performance in 2020, and what we’ve contributed so far to esports in the region. OPL as we know it may be changing, but keep your eyes peeled. The phoenix always rises from the ashes🔥 2/3 pic.twitter.com/xOcEWVXoyG

To see Riot drop one if its regional leagues in times like these is disappointing, especially as other regional leagues continue to grow and advance, such as Brazil’s CBLOL which will adopt a sustainable franchise model from 2021 onward.