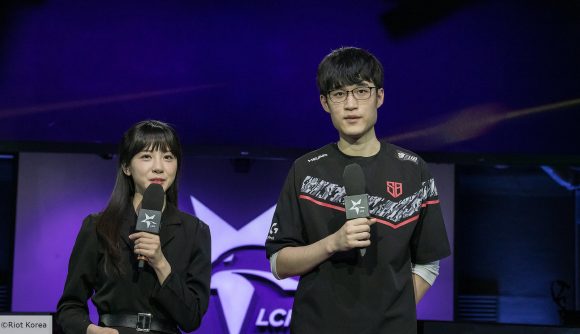 SANDBOX Gaming’s jungler, Kim ‘OnFleek’ Jang-gyeom, has been suspended and fined following a recent racist remark made during a stream on November 6. While reporting a teammate during a solo queue game, OnFleek reportedly typed out what roughly translates to “the only good Chinese is a dead Chinese,” according to journalist Ashley Kang.

Riot Korea handed down its judgement earlier today, saying that the LoL pro had used “inappropriate” expression, fining him one million South Korean won (around $900), and banning him for three competitive matches.

SANDBOX Gaming issued an internal – and more severe – penalty, banning him from a total of nine best-of-three matches, assuming League of Legends Champions Korea follows its usual format in the 2021 Spring Split. The team has also fined him three million South Korean won (around $2,700) and ordered him to complete 30 hours of community service. Sandbox Gaming’s statement included a written apology from OnFleek.

SANDBOX Gaming will be one of the ten confirmed teams to compete in the LCK’s first season as a franchised league in 2021. The team struggled in 2020, finishing ninth in the Spring Split and seventh in the Summer Split.