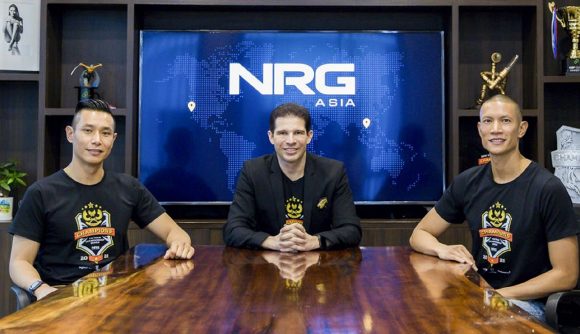 Esports organisation NRG Esports has partnered with CMG.Asia to enter the Asian esports scene. The two companies have acquired current VCS League of Legends champion GAM Esports under the banner NRG Asia, which will be run by brothers TK Nguyen and Dru Nguyen. TK Nguyen will be NRG Asia’s CEO and Dru Nguyen will serve as COO.

“With so much passion around esports in Southeast Asia, we thought Vietnam was the perfect place to launch NRG’s global expansion,” says NRG’s co-founder and CEO Andy Miller. However, some fans of the NA organisation are disappointed that the expansion into League of Legends has happened in the Vietnamese league and not closer to home

However, GAM Esports is the most consistent team in Vietnam by a stretch, so it makes sense for NRG’s expansion into a new game and new region. NRG’s announcement tweet ends with “see you at worlds,” a tournament that has been the thorn in GAM’s side, something that NRG Asia’s CEO wants to change.

“With the expansion of NRG into Southeast Asia, we are excited to begin this new journey headquartered here in Vietnam,” TK Nguyen says in the team’s announcement on the CMG.Asia website. “Starting off with the 5-time League of Legends VCS Champions, GAM, our goal is to elevate GAM from being Vietnam champions to leading World Championship contenders by providing them additional resources and knowledge by top esport leaders.”

The #NRGfam has gone global…

We'll see you at Worlds 🌏 pic.twitter.com/WUS5YWEtQd

He is confident that NRG Asia will be the first Vietnamese organisation to lift the LoL Worlds trophy. “We can’t wait to bring a world championship back to Vietnam and make the motherland proud,” he says.

GAM has not participated in an international LAN tournament since 2019 due to coronavirus restrictions, but it is hoping that things will change in the near future.