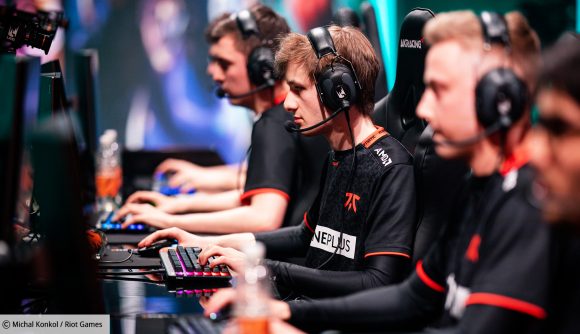 Fnatic’s League of Legends Worlds 2020 campaign was cut short at the hands of a prolific Top Esports team in its quarterfinals clash. Although the team was never expected to advance past one of the tournament favourites, Fnatic went two games up in the series. However, things slowly fell apart as TES came back to complete a reverse sweep.

In the aftermath of the series, there was a great deal of finger pointing – the majority of criticism being leveraged towards midlaner Tim ‘Nemesis’ Lipovšek – as many tried to figure out where it all went wrong. As such, it was of little surprise to many that Nemesis was let go by Fnatic during the offseason, with the team bringing in Yasin ‘Nisqy’ Dinçer in his stead.

During a recent Twitch stream, Nemesis reveals that he actually knew that his time at Fnatic was ending well in advance. “I knew I was getting replaced during Worlds, even before I played one game,” he says. The unfortunate news, he states, had been leaked to him.

While some were quick to speculate whether or not the player’s performance at Worlds had been affected by the revelation, Nemesis goes on to say that, while the news didn’t affect him mentally, “something else” did.

Since his departure from Fnatic, the midlaner has taken to full-time streaming. Having joined Gen.G as a content creator, the Slovenian regularly averages 4,000 viewers on Twitch, and is becoming one of the biggest streamers in the League of Legends category.