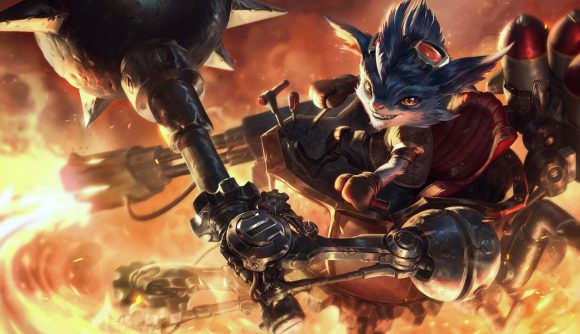 One is renowned for his in-depth knowledge and analysis of League of Legends, and the other is an experienced former pro player that has competed at the highest level; who better to dissect the meta for MSI 2021 than Nick ‘LS’ De Cesare and Tim ‘Nemesis’ Livoseck.

The content creators for T1 and Gen.G, respectively, have once again put together a competitive meta tier list – this time for MSI in Iceland, which kicks off this week. With LoL patch 11.9 coming into play for the international tournament, many will be closely watching to see if the various buffs and nerfs will see new champions dominate the meta.

Combining the changes in 11.9, the previous meta, and players’ safe picks, LS and Nemesis sifted through the entire roster of champions to create tier lists for each role, identifying some deadweight picks they expect to see and seven champions that make their prestigious “Z-tier” – reserved only for completely broken and “actually imbalanced” champions.

You can watch the full creation and thought process of the tier list in LS’ video below, but here’s the rundown of the champions the pair believe are broken or seriously strong heading into MSI.

In top lane, Gangplank is the only champion to be branded Z-tier, while the likes of Lee Sin and Cho’Gath are considered powerful enough to get placed in S-tier.

LS and Nemesis identify two Z-tier jungle picks for MSI in Kindred and Rumble, but decide not to place any champions in Z-tier for mid lane. Rumble is once again considered strong though, making it into S-tier alongside the likes of Lulu, Orianna, and Seraphine.

For ADC picks, Kog’Maw and Varus make Z-tier, however there was a lot of debate over whether Jinx should be there too. While she ends up in S-tier, Nemesis goes as far as to say she is “the best AD carry in the game” but agrees that with the current patch Kog’Maw and Varus outperform her.

With MSI kicking off tomorrow, May 6, in Iceland’s capital city of Reykjavik, we don’t have long to wait to see if LS and Nemesis’ predictions are reflected in the drafts and gameplay of the 11 teams.