It’s been a couple of weeks now since Royal Never Give Up took down DWG KIA in a thrilling five-game final at the League of Legends 2021 Mid-Season Invitational. And while normal domestic league play has returned, the golden narrative nectar which enriched the tournament must be savoured.

From the revival of Oceania, to top lane redemption, to the fairytale story about a young loanee botlaner who would be propelled to stardom on the international stage, MSI had it all – and we didn’t even have to rely on the Riot Games scriptwriters for this one.

So, to celebrate MSI before it is filed away in the annals of LoL esports history, let us reflect on some of the biggest storylines that developed during the event, and consider their broader significance.

Without further ado, let’s dig in. 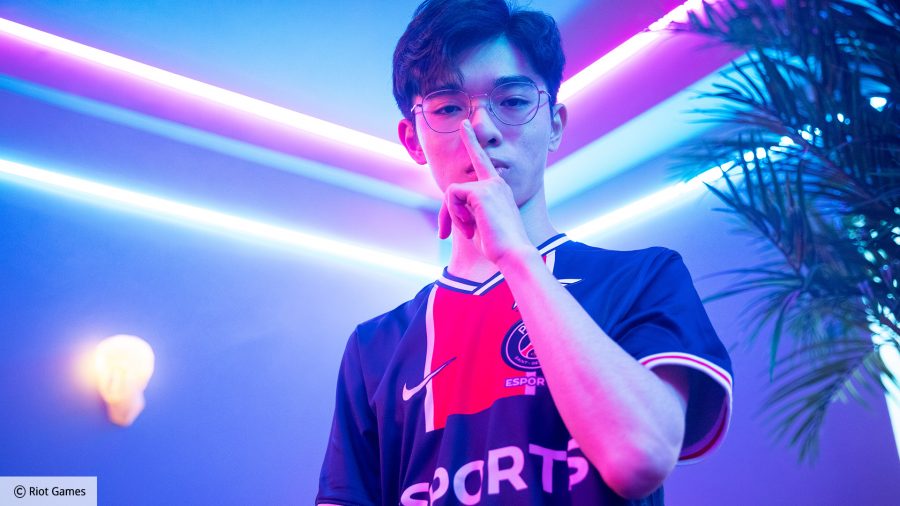 The year of the Doggo

PSG Talon betrayed the common conception of a ‘wildcard’ team at Worlds last year when it defeated both LGD in the play-ins, and JD Gaming during the group stage. However, those who followed both the PCS and the LMS before probably knew that the spiritual successor to both the Flash Wolves and Hong Kong Attitude had the potential to cause an upset.

When Wong ‘Unified’ Chun Kit – generally regarded as the region’s best botlaner – was ruled out of competing at MSI due to a collapsed lung, the team was dealt a massive blow. Fortunately, Beyond Gaming offered the services of its upcoming 18-year-old carry, Chiu ‘Doggo’ Tzu-Chuan, for the duration of the tournament.

Doggo had just come off a solid debut split in the PCS, and while he wasn’t exactly dominating KDA or damage stats, he would at least be a serviceable replacement for the ailing Unified. The expectations for PSG’s MSI run, however, were altered.

When MSI kicked off PSG took only two losses in its group – both of which were at the hands of MAD Lions. From this we could at least tell the team was still above its fellow wildcards, but the odds of surviving the Rumble Stage were slim.

Day one went as most expected it to – a loss against world champion DWG KIA followed by a victory over Oceanic representative Pentanet Gaming. Nothing particularly extraordinary there.

Day two, however, is where it got spicy. PSG got one over Cloud9, with Doggo finishing the game 5-0-7 and 50 CS up on Cloud9’s top farmer – a clean performance to say the least. The team went on to lose against MAD once again, but at 2-2, things were looking up.

And then day three happened.

Despite being 0-3 at the hands of MAD Lions, PSG somehow turned it around, smashing both the EU seed and tournament favourites RNG in under 30 minutes. Doggo, the man of the moment, took the lion’s share of the glory, racking up an astonishing 9.75 KDA after going 20/4/19 across both games, cementing his spot as one of the top carries in Iceland.

Despite PSG later falling to RNG in the semi-finals, Doggo’s MSI stats are, quite frankly, ridiculous. His 6.1 overall KDA was beaten only by Heo ‘ShowMaker’ Su. He achieved the joint-highest number of kills in a single game, and managed to outfarm Chen ‘GALA’ Wei with 10.2 CSM across the event. He churned out more damage per minute than Jang ‘Ghost’ Young-jun. He even broke Jian ‘Uzi’ Zi-Hao’s 2018 kill record, toting up 109 kills in total.

While most of the plaudits will of course be given to finals MVP GALA – who himself set the new kill record with an eye-watering 167 kills – it’ll be exciting to see where Doggo takes his talents next. He might even end up in the LPL where one of his idols, Yu ‘JackeyLove’ Wen-Bo, currently resides. 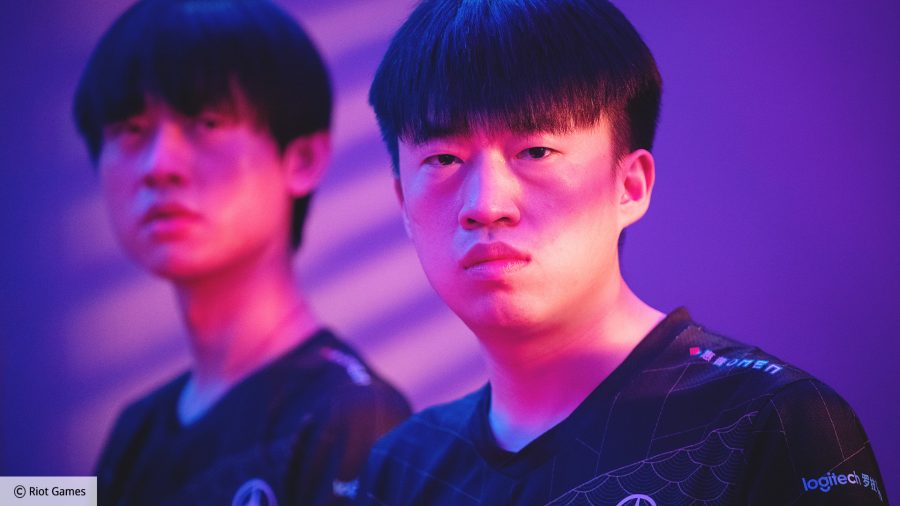 Xiaohu’s rise to the top

This year’s big role swap success story is Li ‘Xiaohu’ Yuan-Hao. Nicknamed ‘The Tiger King of the Spring’ due to his pop-off performances in springtime tournaments, Xiaohu once again lived up to the moniker at MSI, becoming the first player to win an international event in two different roles.

Having first entered the LPL as a midlaner at the tender age of 17, Xiaohu is every part a league veteran at just 23. As only the fourth player to reach 2,000 kills in the LPL, he’s already a legend. However, despite being part of a domestically-dominant RNG side for many years, Xiaohu has never made it all the way to a Worlds final.

With the retirement of the legendary Uzi after yet another disappointing Worlds campaign in 2019, RNG entered a transitional period. The effects of losing its talisman were felt throughout 2020, with the team sitting mid-table for the duration of the season. Things weren’t working out even domestically for this post-Uzi RNG side.

Coming into the 2021 LPL Spring Split, hopes weren’t particularly high for RNG’s new-look roster. GALA had made an acceptable debut at NEST 2020, while Yan ‘Wei’ Yang-Wei’s arrival and Xiaohu’s swap to top actually came during the Demacia Cup at the end of last year. RNG didn’t even make it out of the group stage of the event.

However, the team has gelled in an incredibly short amount of time, and thanks to their individual quality and collective synergy can currently be considered the best team in the world.

For Xiaohu, who traditionally found comfort in mage picks like Zoe, Syndra, and Ryze, he has more than proven his individual quality on top lane staples such as Gnar, Gragas, and Renekton. To go from an already top-tier midlaner to a world class toplaner in a single split is truly phenomenal. Indeed, the role swap has more than paid off.

What’s more, the player has even pioneered the Lucian top pick, accounting for 12 out of 31 games the champion has featured in across the globe this season so far. The most disgusting part? He’s won every single one of them. 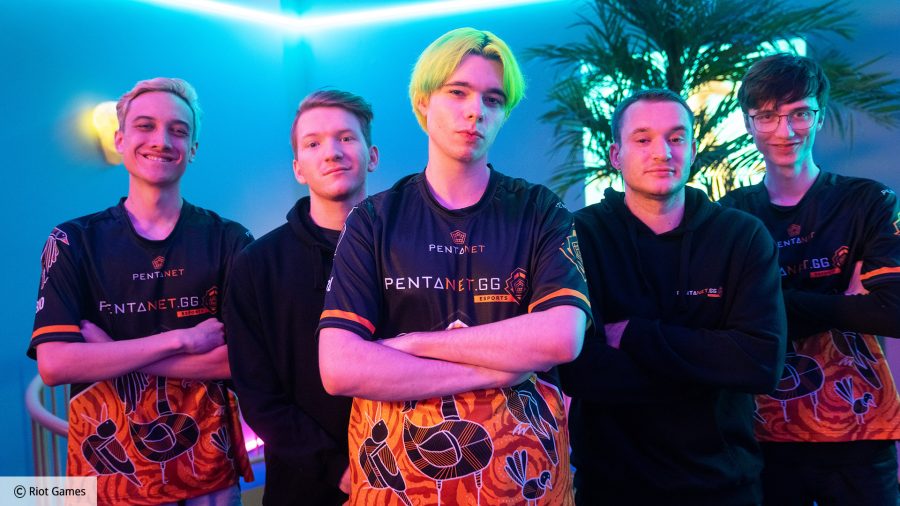 Oceania has always felt a bit like Riot’s least favourite child. The Oceanic Pro League was dissolved last year, and its players offered residency in NA without taking up an import slot.

With the region decimated and without a Riot-sanctioned league, there was little hope for those left behind. However, after the LCO – a joint venture between ESL and Guinevere Capital – was established back in February, the region’s heart began to beat again.

Coming into MSI, Pentanet.GG – one of the few squads to survive the exodus of talent to NA unscathed – found itself grouped up with RNG and the Unicorns of Love. Indeed, getting through this three-team group seemed like an impossible task, made only more difficult by the fact that RNG cleaved through both of its opponents in every single group stage matchup.

As such, it became a two-horse race for survival. Coming into the final day of Group A, both Pentanet and the Unicorns were tied 2-2. While the titan of RNG paid no mind to the mortals fighting below its feet, the battle raged on nonetheless. Pentanet beat the Unicorns, the Unicorns beat Pentanet. It all came down to a tiebreaker, with Pentanet leaving the Rift victorious.

A team from a region that had all but been eradicated had not only made it out of a seemingly doomed group, but became the first representative to make it out of an international group stage in its region’s history. And yes, you can argue that it was a glorified 1v1 throughout the group stage between Pentanet and the Unicorns, but you cannot argue that the feat itself is nothing short of remarkable. Pentanet even all but sent Cloud9 home after completely dominating them on the penultimate day of the Rumble Stage. 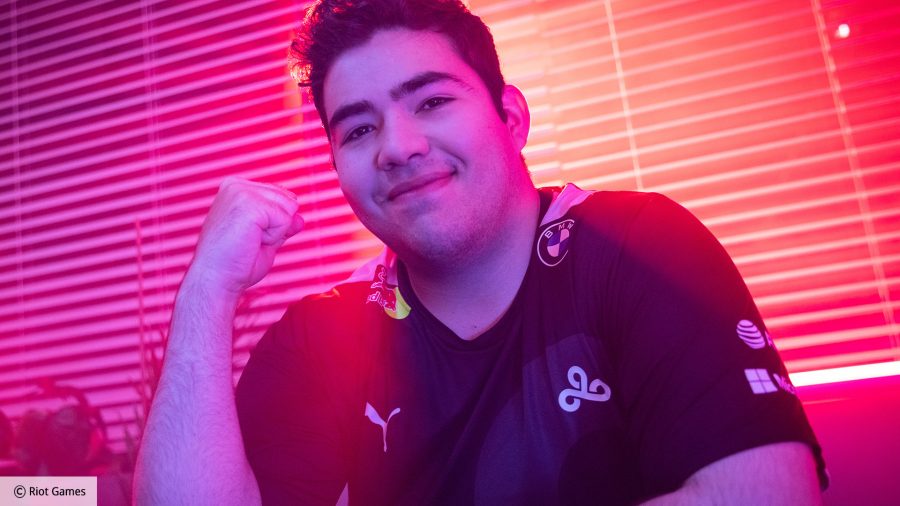 When Ibrahim ‘Fudge’ Allami got the call up to Cloud9’s main roster, those who had seen the young Australian at work knew that he had the potential to make it in North America’s top league. After all, the player had already won his first OPL split with Mammoth and beaten Clutch Gaming not once, but twice during the Worlds 2019 play-ins before he was enlisted by the North American powerhouse.

However, Fudge was soon to enter a team dominated by big money talent, his own glow-up moment overshadowed by the multi-million dollar signing of Perkz from G2 Esports – and with Perkz came some serious expectations for the young toplaner.

Unfortunately, Fudge’s start to LCS life was rocky to say the least. After talking a good game during the preseason, the player quickly found out that the league’s toplaners weren’t pushovers, and certainly weren’t about to let the new kid on the block have an easy time of it. After an initial showing that was less than promising, parts of the community were quick to lambast Fudge for talking trash and not being able to make good on it.

Since then, Fudge has gone from strength to strength, showing flashes of what he’s about throughout the Spring Split.

Mechanically proficient, Fudge would truly come into his own during MSI. Although Cloud9 failed to make it to the finals, the player can take personal pride in knowing that he put on a Lee Sin clinic against both DWG KIA and RNG. Additionally, after dominating MAD Lions on Irelia, Fudge has already proven that he has what it takes to throw down with world class talent from the other major regions.

Were it not for word count limits, we could go on forever about the proverbial passing of the torch from Uzi to GALA, MAD Lions proving that it has the mettle to compete on the international stage after a disastrous Worlds 2020 campaign, or even Wei’s near-prodigal climb from LPL rookie to toppling Kim ‘Canyon’ Geon-bu in his debut split.

But for now, we’ll leave it there. We’re looking forward to seeing how these storylines develop domestically before the best of the best take to the Worlds stage later this year.