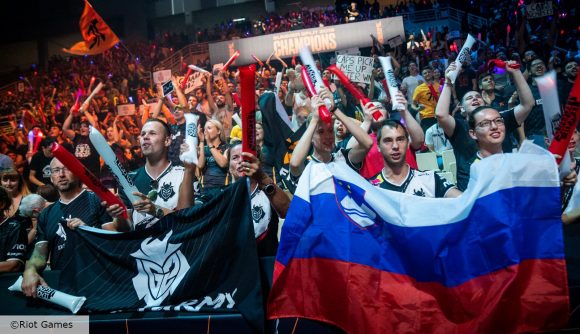 Following its cancellation last year due to the ongoing pandemic, few knew if the League of Legends Mid-Season Invitational would return in 2021. However, with an offline Worlds 2020 proving a logistical success, the studio’s global head of esports, John Needham, hinted that a 2021 event could be back on the table. Now, according to an image found on the LoL esports media site, it looks like MSI 2021 could be heading to Reykjavík, Iceland.

The image, spotted over the weekend, shows a snow-covered city. While this didn’t give much away, some were quick to point out Hallgrímskirkja, a Lutheran church and Reykjavík’s most recognisable landmark.

Thanks to its small population and strong COVID controls, Iceland has only recorded 6,000 total cases across the entire pandemic so far. With less than 15 active cases at the time of writing, the country has little to no trace of the virus, making it a prime location for an event such as MSI – provided it can be organised safely.

MSI itself constitutes only one of two major international events in the LoL esports calendar – the other being Worlds itself. With the top team from each region at the end of the Spring Split invited to take part, the caliber of competition is always incredibly high.

MSI 2021 will be in Reykjavík, the capital of Iceland. Here are the picture of the LoLEsports site and the photo of a city from 2018. pic.twitter.com/7hg8kpRggh

No doubt, current MSI champion G2 Esports will be relieved to be able to attempt to retain its title offline, far from the notorious Berlin internet that has so far affected a number of games in the LEC during the 2021 Spring Split so far.