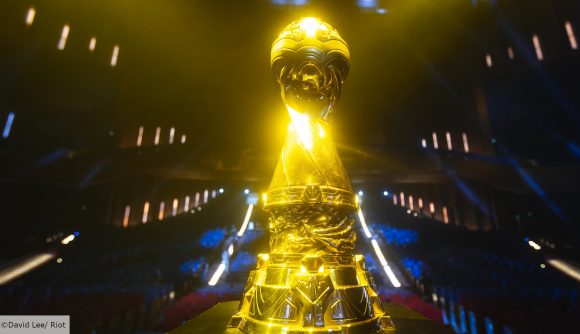 April 19 LoL Esports has announced MSI will only feature 11 teams as Vietnam’s GAM Esports is ruled out due to travel restrictions.

The final lineup for the 2021 League of Legends Mid-Season Invitational has been determined following the conclusion of Spring Playoffs around the world. The top team from each region will be flown out to Iceland to compete not only for the iconic MSI trophy, but to also earn its respective region an extra spot at this year’s Worlds in China.

For the top-seeded regions of Europe (LEC), Korea (LCK), and China (LPL), a mixture of debutants, former MSI winners, and reigning world champions will head each of the three groups.

In Group A, Royal Never Give Up will represent the LPL and is back at MSI to replicate its winning run of 2018 – a victory that resulted in the now iconic image of former botlaner Jian ‘Uzi’ Zi-Hao with the golden trophy. However, RNG are now without Uzi after his retirement last year, but after an exhilarating run through the loser’s bracket of the LPL Spring Playoffs – which ended in a 3-1 win over FunPlus Phoenix in the final – it will be full of confidence that it can match T1 (formerly SK Telecom T1) as the tournament’s only two-time winner.

In Group B, the LEC’s MAD Lions will look to put up a better fight than it managed at its last international event, Worlds 2020. While it went out with a whimper in Shanghai, it will be looking to take the fight to the world’s best once again with an improved roster and bags of confidence.

In Group C, reigning world champions DWG KIA will fly the flag for the LCK and head to Iceland as favourites. The Korean team heads up a stacked group that also features North America’s top team, Cloud9.

Sadly, in what is yet another blow for Vietnamese League of Legends, the VCS’ GAM Esports has been ruled out of MSI due to travel restrictions. This means Group A will only contain three teams, but two teams will still progress as intended.

The complete groups for MSI 2021 are:

Will it be one of the big three that get to lift the trophy, or could a dark horse form a smaller region cause a massive upset? We’ll start finding out on May 6 when the action gets underway in Iceland.