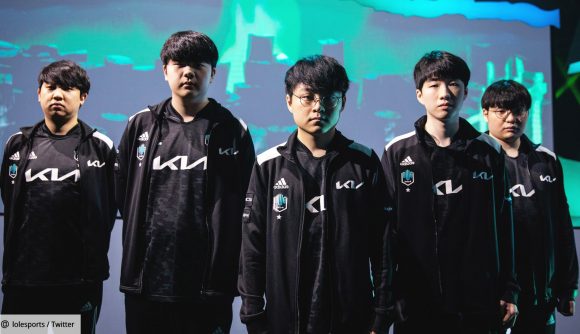 MSI has treated us to some absolute bangers so far, with the Rumble Stage showcasing some of the finest League of Legends we’ll see this year. With this phase of the competition now drawing to a close, four teams have cemented their spots in the finals. Sorry, North America, Cloud9 didn’t quite make the cut.

With MAD Lions finally picking up a win against tournament favourites Royal Never Give Up, it is now mathematically impossible for the LCS representative to proceed. Alongside Oceania’s Pentanet Gaming – which all but sealed the North American team’s fate yesterday with a shock victory – Cloud9 will be returning home empty handed.

Despite failing to make a splash in the standings, Cloud9’s performances throughout the Rumble Stage have shown that the region can go toe-to-toe with the very best. However, beating RNG only to lose to Pentanet the very next game is also a testament to the team’s inconsistency.

Regardless, many will be surprised if Cloud9 doesn’t make it back to the international stage at Worlds later this year. After all, we’ve already seen glimpses of this team’s ceiling, and it’s terrifying.

As it stands, DWG KIA is poised to take the top spot in the Rumble Stage standings, with RNG falling to second following defeats to PSG Talon, Cloud9, and MAD Lions. The PCS’ PSG Talon have surprised many with a string of immense performances against powerhouse regions, earning it a third place spot. MAD Lions rounds out the final four.