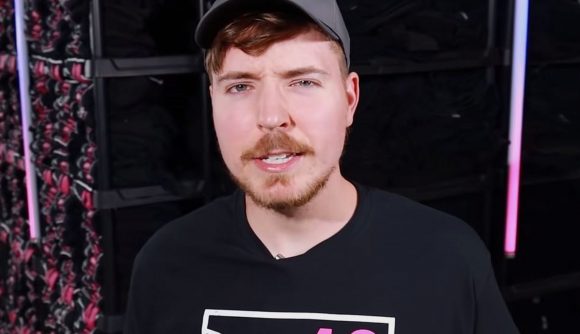 YouTuber and professional cash splasher Jimmy ‘MrBeast’ Donaldson is only a ever a tweet away from causing a stir somewhere. Now he’s got the entire League of Legends scene on high alert after praising the game and claiming he would love to own a professional team one day.

After calling for potential team mates to play some League of Legends with him yesterday, MrBeast returned to social media today to declare Riot’s MOBA as “the best game ever created.” High praise indeed, although we’re sure not everyone in the LoL playerbase would agree with that statement…

MrBeast then followed this up by admitting one of his “life goals” was to own his own professional League of Legends team, before tagging the CEO of his management company and asking: “how long do I have to wait?” This provoked responses from pretty much every Western LoL team you could name as everyone from Fnatic to Cloud9 piled into the comments to peacock for MrBeast. Hey, an investor is an investor, right?

MrBeast even got chatting to Fnatic founder and CEO Sam Matthews in the replies, asking if Matthews could ask his players to “take a year off” when he finally establishes his own team. MrBeast in the LEC confirmed.

Naw but can you take a year off when I make my team? Like go on a long vacation or something 😂

While the YouTube sensation is clearly enjoying his time on the Rift and clearly has some appreciation of the competitive scene, it’s unclear if he’ll ever chase the goal of becoming a team owner.

To be honest, you’ll never have the funds to buy a League of Legends team if you keep giving people Lamborghinis and actual islands, so we doubt MrBeast will be making any moves for a while.