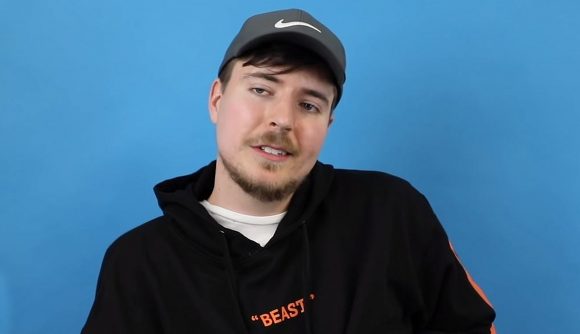 One of YouTube’s biggest creators, Jimmy ‘MrBeast’ Donaldson, is notorious for his big, ambitious, and expensive projects. That’s why so many in the esports scene were excited to learn that he is a massive League of Legends fan, and voiced in November last year that he will “100%” own a competitive LoL team someday.

MrBeast has now once again confirmed he still wants to get into League of Legends esports, but that fans may have to wait a little while before his dream becomes reality. After Fortnite YouTuber ‘Orange’ tweets about one day seeing a MrBeast esports org, the man himself replies to say that he would only be interested in LoL but that it could be around “two years” until he can begin the project.

“I just want a [League of Legends] team, [probably] won’t be for two years because I have a lot going on atm,” the YouTube star says.

While MrBeast is never one to shy away from a project, it looks like he definitely has enough to worry about without having to run an esports team as well.

I just want a league team, prob won’t be for two years because I have a lot going on atm

With a lot of uncertainty at the moment in North American League of Legends – the region where he will most likely look to base his LoL team – it could also be that MrBeast is seeing how things pan out in the LCS.

LCS team owners appear keen for some form of change around the import restrictions that currently limit their rosters to two non-resident players, and the ongoing struggle in the region to perform at international events has resulted in a lot of scepticism.

If 2023 is the season we see a MrBeast team in League of Legends esports, the landscape may look considerably different to how it is now.