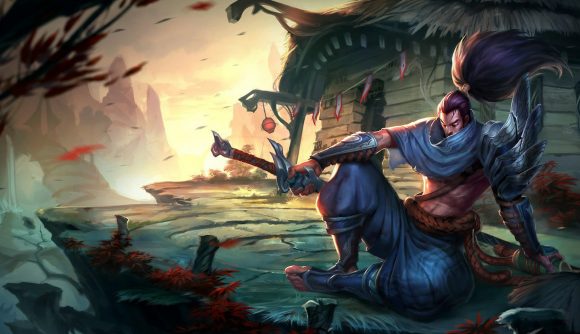 We all have our gripes about certain champions in League of Legends, but which are the most infuriating to play against?

A survey of over 10,000 players on the League of Legends subreddit has revealed which champions in each role are the most annoying to face in game, and one of Riot’s latest additions to the game has taken an absolute battering in the results. The most votes for a single champion came in the ADC category, where the overwhelming winner with 39.98% of the votes was the sad moon boi himself, Aphelios. He was followed by Caitlyn and Draven as the second and third most annoying ADCs, respectively. The hatred of Aphelios among players is no secret, as earlier this month it transpired that the newly introduced champion had a ban rate in South Korea of over 200%.

The second most voted for champion came in the jungle category, with 23.26% of players choosing Shaco. The creepy jester pipped two of the most played jungle champions, Master Yi and Lee Sin.

There were also no surprises in the mid lane vote, where Yasuo came out as the most frustrating champion to play against with 18.58% of the votes, with Akali and Fizz not far behind.

Elsewhere, Teemo was voted the most annoying top lane and Pyke received the most votes for support champions.

The creator of the survey, Reddit user PapaDrag0on, also revealed that the champion who received the least votes in the poll was Maoki, with just four players choosing him as the most annoying top lane champion.