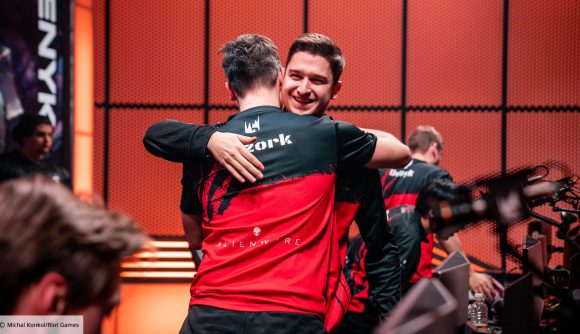 The latest move for Misfits Gaming’s League of Legends team will see the signing of rookie midlaner Vincent ‘Vetheo’ Berrié from French organisation LDLC OL, as reported by esportsmaniacos. The 18 year-old will replace Fabian ‘FEBIVEN’ Diepstraten, with the LEC veteran entering free agency following the end of his contract on November 16.

FEBIVEN’s time with the team got off to a rocky start, as it failed to reach playoffs in both 2019 LEC Splits. A fifth place finish in Spring this year saw Misfits finally in contention for the LEC title, but hopes were dashed as the team was surpassed by Rogue in the first round. FEBIVEN’s performances this year have been solid, and he is rightfully regarded as one of the most consistent players the region has to offer.

FEBIVEN has enjoyed a long and illustrious career so far, stretching back as far as the online EUW Challenger Series back in 2013.  After a strong run with now-disbanded Cloud9 Eclipse, a move over to H2K saw the midlaner help the team qualify for the EU LCS (now LEC). But FEBIVEN’s first stint in Europe’s top league would actually come with Fnatic, who he joined for the 2015 season.

A pivotal member of that invincible 2015 Summer Split squad, FEBIVEN won back-to-back Splits that year. After coming runners-up to T1 (then SKT) at the IEM Season 10 World Championship, FEBIVEN’s Fnatic looked poised to take EU LCS glory once again, but was unable to replicate the previous season’s successes. FEBIVEN would return to H2K for the 2017 season, before crossing the pond to the LCS’ Clutch Gaming to little avail in 2018.

Any midlaner would have the unenviable task of replacing a league veteran, especially one who has only played competitively for one full season. However Vetheo’s potential ascent to the LEC follows a wildly-successful year with LDLC, with the young midlaner winning the EU Masters Spring tournament only five months into his professional LoL career.

Throughout his first season as a pro, Vetheo has demonstrated a strong proficiency on assassins such as Akali and LeBlanc, while also picking up a pentakill on Ryze against Misfits Premier during the 2020 Underdogs tournament. As such, depending on how the meta falls at the start of the season, we could see Vetheo develop into a strong piece in the Misfits’ puzzle.