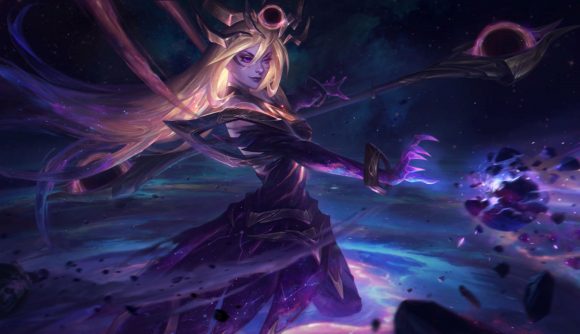 With Patch 10.5 hitting League of Legends today, March 4, fans have already began looking ahead to what is to come in 10.6. In the skins department, there’s a pretty tasty selection to look forward to, but two skins are set to make one LoL champion a record-setter.

Already with 11 skins to her name, Lux is one of Riot’s favourites for getting a fresh look. But as was shown by Riot yesterday as they showcased some of the 10.6 skins that would be heading into the PBE, the Lady of Luminosity has two more skins on the way in the next patch with Cosmic and Dark Cosmic Lux.

The two new skins are set to both be Legendary variants costing 1820 RP, and one eagle-eyed Redditor (u/KasumiGotoTriss) noticed that this will make Lux the first champion ever to have a skin in every tier, excluding discounted skins that fall between the regular price points.

In the Reddit post, they give examples of Lux’s skins in each tier from 520 RP all the way up to her Ultimate-tier Elementalist skin.

With the release of Cosmic & Dark Cosmic skins, Lux will be the first champion with a skin from every tier from r/leagueoflegends

The Cosmic and Dark Cosmic skins will be Lux’s 12th and 13th skins, putting her on a par with Ezreal and just below the 14-skin Miss Fortune, who has had the most of any champion in LoL.

Other skins thrown into PBE testing for 10.6 include some awesome Dark Star variants for Xerath, Malphite, and Mordekaiser, as well as new looks for Taric, Twitch, and Talon.