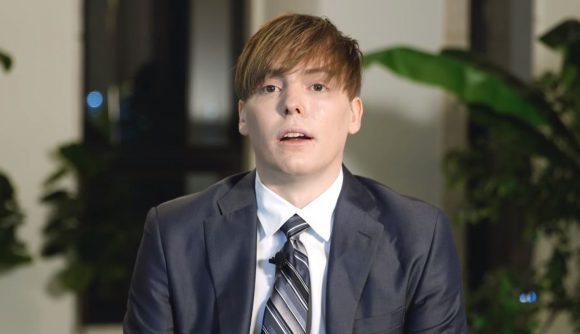 League of Legends analyst and caster Nick ‘LS’ DeCesare has returned from his social media hiatus to announce that he is joining T1 as a content creator.

Within the last month, there’s been plenty of controversy swirling around LS and T1 after it was revealed that the caster was in line to join the Korean organisation as a League of Legends coach. A sect of T1’s fan base – which in recent weeks has become increasingly outspoken and critical of the direction the organisation is going after poor performances on the Rift – clearly disliked this potential appointment and reportedly began to harass LS and a member of his family.

Earlier today, T1 CEO Joe Marsh finally addressed the LS situation in a lengthy statement that apologised for a number of failings at the organisation over the past few weeks. “I would like to extend my apologies to LS for everything he has had to personally endure these past few weeks,” Marsh says. “I also want to extend my apologies to LS’ family and friends for their shared pain.”

Despite this apology, he goes on to say he “truly believes that no T1 fan would ever do such a thing.” He also says that he wants to “dispel the online community rumour that LS’ grandma received a threatening package,” but also claims to have worked closely with LS to file a police report and that an investigation is underway.

Marsh also admits he “failed to publicly defend and protect LS and T1 fans by remaining silent” as the issue snowballed.

Shortly after this apology was posted, LS broke his hiatus from social media with a video in which he says sorry for past comments that “offended fans” in Korea. After a lengthy apology and peace offering to outspoken fans, LS confirms that he was offered a coaching role at T1 but was initially approached to be a content creator.

“I did have the choice to be a coach at T1,” LS says. “This was a real, legitimate thing that was potentially going to happen. But at the same time the original reason I was joining was as a content creator, and thinking through everything and going over all the options and what I want to do and what is important to me, I realised that I still wanted the freedom to communicate with other communities.” He believes this is something he would not be able to do as a coach.

LS closes by saying that “T1 is going to enable me to do everything I’ve always wanted and more.”

While a resolution appears to have been found and LS seems pleased with his new opportunity at T1, criticism around T1’s management and the wording of Marsh’s apology remains.

It is also not yet clear at the time of writing how the sect of outspoken T1 fans, who fought so hard against LS becoming a coach, will react to him still joining the organisation in any capacity.