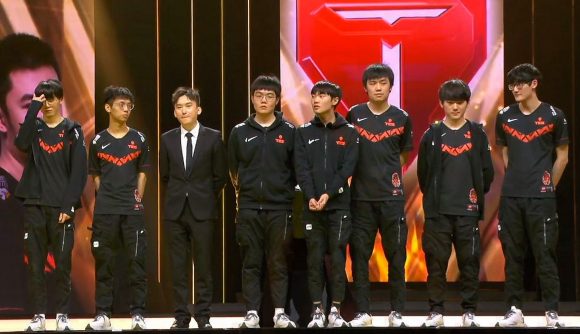 Top Esports will go into this year’s League of Legends Worlds as the LPL’s top team after beating JD Gaming in the LPL Summer Split Finals.

The two teams also faced off in the Spring Split finals, but this time around Top Esports took revenge on JDG with a 3-2 series victory, claiming Summer Split champions status and the top Chinese seed heading into Worlds. The extremely close series was a testament to how similar these teams have been in form and ability this year. Both teams finished the Summer regular season with the exact same 13-3 record, with Top Esports getting the top spot in the league by a single match. The two teams are now also tied 5-5 on games in finals, if you tally up both the Spring finals and the Summer finals.

It’s been hard to separate them, and both will be equally feared by the rest of the world’s LoL teams heading into the World Championships next month.

Top Esports’ Zhuo ‘Knight’ Ding – arguably the best mid laner in the world at the moment – scooped the MVP prize for both the regular season and finals, after his impressive season on the Rift.

Top Esports’ insane roster also features former world champion Yu ‘JackeyLove’ Wen-Bo and experienced jungler Hung ‘Karsa’ Hau-Hsuan, so expect them to go in as one of the favourites when it kicks off in Shanghai later this year.