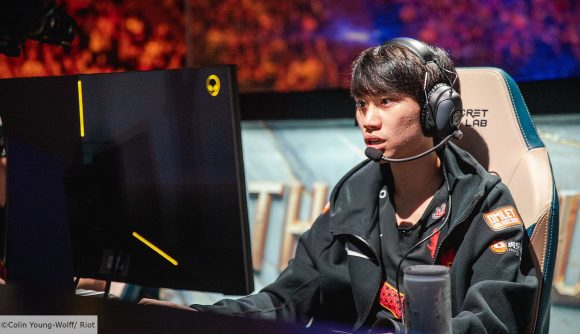 It’s not easy to take a loss in League of Legends, especially when you’re the reigning world champions. FunPlus Phoenix have had a mixed bag this week, but it seems that the team’s loss to LNG Esports is having a pretty big effect on Kim ‘DoinB’ Tae-sang.

During his stream last night, the midlaner says he’s willing to grind to get the results the organisation deserves – even if it means putting his health at risk. “My health? I don’t care,” DoinB says according to a Reddit translation. “Only match results matter. I just care about how we can win. I have to sleep less and practice more. I need to stand out if my teammates don’t, or my teammates need to stand out if I don’t – we all need to work hard.

“I need to practice more farming champions from now on. I think there’s something wrong about my understanding of this patch, so I have to see more videos of other team’s matches.”

Given there’s been so much talk of burnout in esports in recent weeks following the retirement of League of Legends veteran Jian ‘Uzi’ Zi-Hao due to poor health, DoinB’s comments are quite concerning.

MAD Lions’ sports psychologist, Martina Čubrić, who we spoke to earlier this week about why attitudes to burnout in esports must change, questioned the mission of the organisation on Twitter, and emphasised the importance of big figures in esports speaking out against such behaviour.