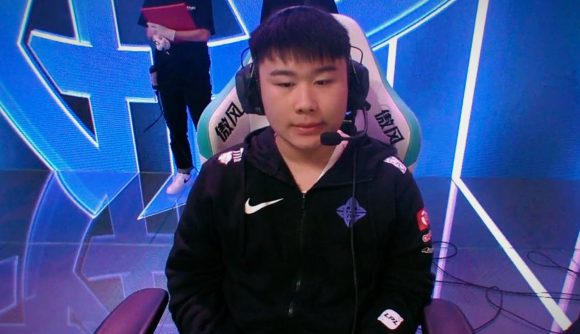 When professional esports stars are given disciplinary action like fines, it’s often for things like cheating, mischievous behaviour in game chat, or simply telling your opponents that they are “braindead.”

But one professional League of Legends player has been fined for forgetting what is arguably rule number one for a jungler: always take smite. During last weekend’s round of fixtures in the LPL, eStar’s teenage jungler Yan ‘Wei’ Yang-Wei had the gut-wrenching moment of realisation when he noticed he had not picked Smite, the crucial item for any jungle player. Despite his teammates understanding the mistake, rallying around Wei, and making the error known to the match officials, it was decided by the referee to not remake the game and that eStar would have to play with a Wei running Ignite instead of Smite.

While it looked for a moment that eStar was about to snatch an incredible victory against opponents Bilibili Gaming, the team was eventually defeated as a result of its ineffective jungler.

EStar has now announced in a statement that it will “deduct” Wei’s salary for this month as a result of the 17-year-old’s blunder. It is not clear if this means only a percentage of his pay will be cut or the entire month’s salary is being taken away.

The translated statement also says that while Wei reflected on his error and apologised to the team “many times” his punishment must act as a warning against making “elementary mistakes.”