We’ve all dreamed about the kind of super team we’d build if we had the chance. A lineup that would take the world by storm. SKT? G2 Esports? Invictus Gaming? Nothing, compared to the behemoth that you could piece together. A team for the ages. If only you had the money and the power…

Well it’s time to put your money where your mouth is, because League of Legends Esports Manager has stripped away that excuse, and gives you the chance to sit in the hot-seat.

This week, Riot Games captured the attention of the entire gaming industry with the announcement of four new titles, in four different genres. Fans around the world tuned into Riot’s 10th anniversary stream on Tuesday, as the company finally put the ‘s’ in ‘Riot Games’ to good use.

The fighting game community analysed frame-by-frame footage of the minimal glimpses of Project L. FPS fans drooled over Project A – Riot’s take on the new sub-genre that mixes FPS and MOBA mechanics. Collectable Card Game aficionados were treated to a deep-dive into Legends of Runeterra, and existing League of Legends fans got a sneak peek at Wild Rifts, coming to mobiles and consoles in 2020.

But one of the more surprising announcements flew slightly under the radar.

“We were so tired of people making fun of us for trying to make esports into a sport” says Riot Games CEO, Nicolo Laurent, with a grin. “So we decided to make a game, based on a sports simulation game, based on a video game.”

League of Legends Esports Manager signals Riot Games’s foray into the sports simulation genre – and it’s possibly one of the most surprising moves a video game developer has made in recent history.

“To be honest, sports management simulation games like Football Manager have been an inspiration in this,” Laurent says, “When you watch the LoL World Championships, don’t you always think you could do better as the coach? It’s the same as every other sport. There was a demand for this game”

Indeed, Riot Games is correct in its assessment that a niche portion of the esports fan base has been craving a chance to take the reins of their favourite teams. Various independent developers have released free esports management simulations, but for those who have enjoyed titles like Football Manager (Sports Interactive), and Motorsport Manager (Playsport Games), these attempts have never lived up to the hype.

Related: Everything you need to know about Worlds 2019

Part of that comes from the lack of licensing, which, of course, Riot doesn’t have to worry about. Esports Manager will include real teams and real players. For many management sim fans, realism is one of the most important aspects. 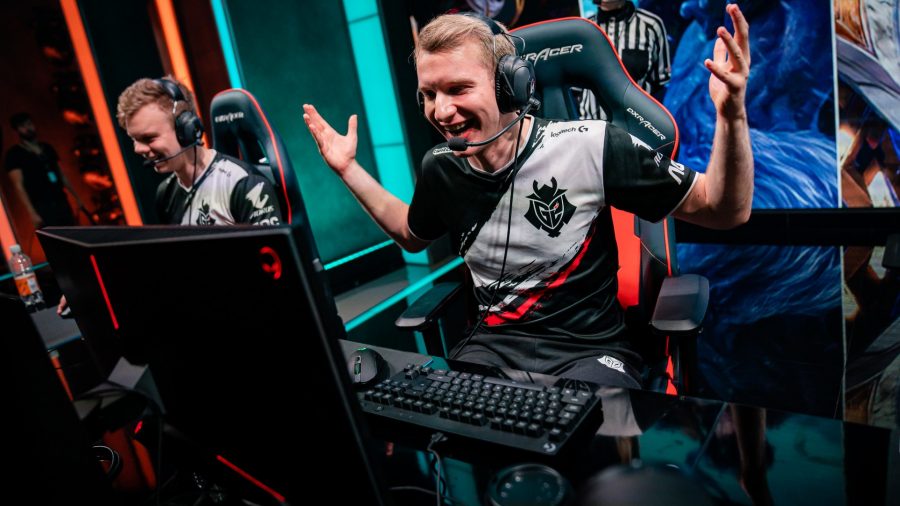 Access to licensed competitions, teams, and players will be crucial to the success of the title, which is set to launch in 2020. Initially, only the Chinese League of Legends Pro League (LPL) will be included, with plans to expand into other regions further down the line.

There are some initial concerns, though. With only a limited number of contracted professional players and teams, Riot’s new management sim may lack the sheer volume of data that other titles in the same genre boast. But Esports Management is in its early days, and Riot have also ensured fans that the game will financially support the professionals that do feature in the game.

“We’re constantly looking out for ways to make esports more sustainable within our ecosystem” Laurent says. “For that reason, Esports Manager will come with a revenue-sharing system for the teams and players featured within the game.”

Alongside the current system that allows players to support their favourite teams with icon purchases in League of Legends, Esports Manager’s planned revenue share highlights the continued support that Riot Games – and fans – are looking to give to their esports athletes.

Josh is a veteran of the esports scene, having worked in the industry for over eight years. He likes League of Legends and other big esports titles.