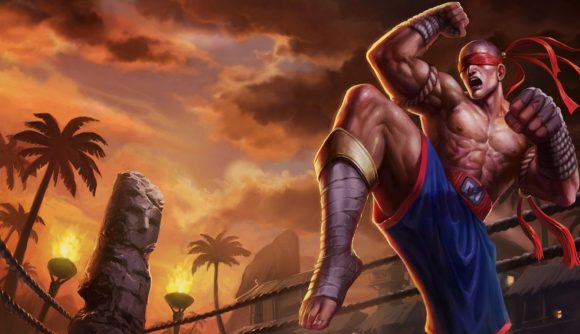 A League of Legends player has discovered that a bizarre bug that rockets your champion high into the sky has reared its head once again.

On this occasion, the bug sends the player’s Lee Sin hurtling towards the stratosphere almost as soon as he begins to engage a dragon, adding more fuel to the ever growing fire that junglers never help with taking down a dragon. The clip of the incident shows the Lee Sin, who is currently 9/0/6, approaching the dragon pit and landing a Sonic Wave on the dragon as soon as it appears.

After it hits, he then proceeds to use a Resonating Strike, but midway through the animation of the move he is fired quickly upwards off of the map and appears to not return. However, the dragon continues to attack the spot where Lee Sin was initially stood, and the mini map seems to show the champion is still there, suggesting it was just a visual glitch and that Lee Sin remains next to the pit but is now not visible.

Season 10: Dragons are important. My Jungler: from r/leagueoflegends

It appears that the glitch was caused by Lee Sin using his Resonating Strike ability while the dragon was knocking him back. Whatever actually happened, it had hilarious results.

We’ve seen bugs like this happen a fair bit throughout the years in a number of different forms; even during crucial esports matches.

One LoL fan posted below the clip of the Lee Sin rocket launch a clip from the 2016 LCS Summer Split, in which Team Liquid’s Samson ‘Lourlo’ Jackson saw his Trundle fly off of the rift in the middle of an intense battle, only for it to come crashing back down straight past the camera to the surprise of the casters.

Hopefully this gravity-defying bug gets patched up soon to avoid any more champions taking unwanted trips to space.