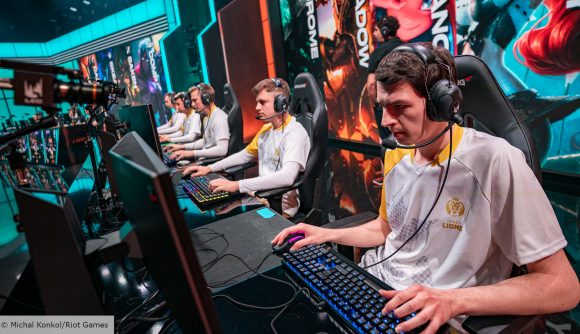 Two of the League of Legends esports scene’s biggest leagues, the LEC and LCS, will return this weekend after a brief suspension to due to growing coronavirus concerns.

The LEC will resume first on Friday, March 20, with the LCS returning a day later on March 21. The LEC will continue to play the remaining match weeks on Fridays and Saturdays and will play non-stop each weekend until the Spring Split Finals on April 18 and 19. The LCS will continue but with the fixtures set for its ‘Monday Night League’ show rescheduled into either Saturday or Sunday’s matches.

In both leagues, teams will now be competing online rather than at the respective studios. LEC teams will all play from their Berlin bases, with exception of Origen who will play from its base in Copenhagen, Denmark. LCS teams will also play from their own headquarters. Due to travel restrictions, referees will not be attending to watch over the games. Instead, the LEC has outlined how it will upkeep competitive integrity, with the LCS confirming it will act similarly.

“We will be implementing a variety of measures to protect competition integrity to the extent possible in a remote environment,” the LEC says in a statement, “including additional cameras to monitor the rooms the players will compete in, fully monitoring voice communications, screen recording, and remote control ability, on top of other measures currently being considered. Lastly, we are investigating the ability to pause and resume the game at a later time in the event a game cannot be continued due to a verified external cause.”

While there won’t be the normal lively atmosphere fans and slick production fans have grown used to from both leagues, they’ll be happy to have LoL esports action back on their screens.