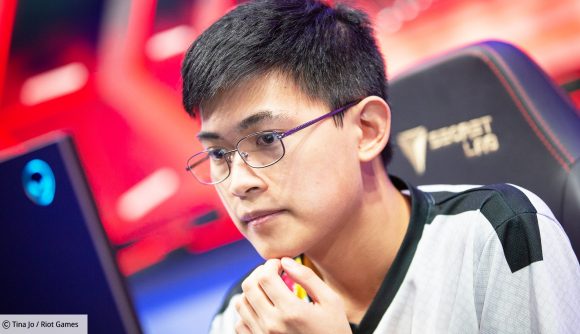 The League of Legends Championship Series has endured a wild start to the summer season with a flurry of roster changes and an onslaught of substitutions. One of the biggest contributors to this is Dignitas, and fans have been left bewildered by its decision to change its winning formula.

Recently, the team benched its controversial jungler Joshua ‘Dardoch’ Hartnett mid-way through a game week with Matthew ‘Akaadian’ Higginbotham coming in. Dardoch was then released into free agency with Dignitas stating his behaviour was “just not something we could work with moving forward.”

The bigger mystery was why midlaner Max ‘Soligo’ Soong, who impressed earlier in the year, was sent to the academy team while David ‘Yusui’ Bloomquist was promoted. Dignitas director of esports James Baker has since revealed the organisation believes the roster swap will be beneficial to both players and ultimately leave the squad with the strongest mid starting by the end of the season.

Baker hopped onto Yiliang ‘Doublelift’ Peng’s Twitch co-stream of the LCS to shed some light on the team’s roster decisions after previously confirming that Dardoch had been benched for poor behaviour following a surprise loss to Golden Guardians.

During the stream, he explains that the current mid lane experiment is to decide who will be the best fit for the team before the playoffs and World Championship qualification begins:

“The basic plan is that we think both players can improve more by playing on the other teams. We think Soligo will improve by having way more games to work on his stuff and we think Yusui will improve more by having a much higher level of competition than he’s previously had. It made a lot of sense to us to try swapping them and we think by the end of the season, in Week 9 or the playoffs, this will give us the best player in the mid lane.”

He then went on to explain that Dignitas will aim to maintain some consistency in the roster: “I think if you do it continuously, you mess the rest of the team up far too much. You get in a situation where the team can’t build synergy or drafts that they actually want to play.”

On Reddit, fans are expressing their concern that if the team decides to return Soligo to the starting line-up then he may struggle to readjust. However, Baker responds to questions in the forum and insists there will be “ramp up time” should Soligo get the nod.

“He has already played two off-seasons, the entirety of Spring, and one week of Summer with the team,” Baker added. “I don’t think it will take us long to get back up to speed.”

Dignitas has managed to remain in the top six of the LCS standings so far, but a loss to Evil Geniuses last week and Immortals’ good form has left that playoff spot in jeopardy.