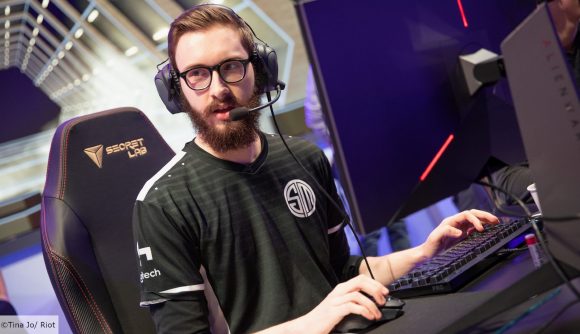 Denmark will have four times as many professional players in North American League of Legends than in Europe for the upcoming 2020 Spring Splits.

Danes have always been well represented in the LCS, with big names such as Team SoloMid’s Soren ‘Bjergsen’ Bjerg having played in North America for several years. However, one Reddit user noticed that the transfers of Mads ‘Broxah’ Brock-Pedersen to Team Liquid and Kasper ‘Kobbe’ Kobberup to Team SoloMid in the offseason takes the total number of Danish players in starting rosters to eight. This is four times as many as the two Danish pros who remain in the LEC, G2’s duo of Martin ‘Wunder’ Hansen and Rasmus ‘Caps’ Winther.

This also makes Denmark the fourth most represented nation in the LCS behind South Korea and the home nations of the USA and Canada. The influx of European talent from LEC teams to the LCS this offseason has been both praised and criticised by North American fans and players. While encouraged that the league can attract talented imports from across the world, there have been calls to give more homegrown and existing talent an opportunity in starting rosters.

With the offseason swinging its doors shut, there have been a total of six new European players who will feature in the first split of 2020, including Broxah and Kobbe.

While over half of the league’s players still hail from the USA or Canada, the influx of imports in the offseason has seen their percentage of the player pool drop from 66% in the 2019 Summer Split to 58% at the start of the 2020 season.