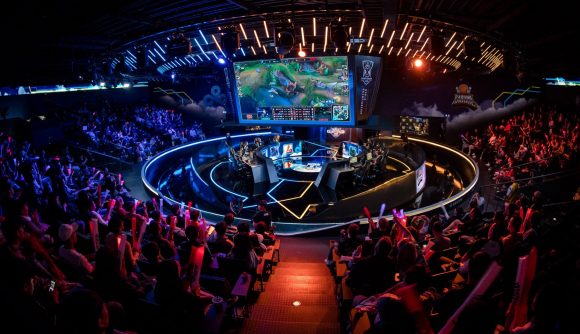 As the logistical chaos in the esports industry continues to grow amid the coronavirus outbreak, the LCK has now announced it will be suspended for an indefinite period of time from March 6 when the first round of the Spring Split comes to a close.

Last week, the league made the decision to continue to play LCK matches at LoL Park in Seoul but to prevent the media from attending the games and continue to play them without a live audience. As cases of the virus continue to grow in South Korea, the decision has now been made to halt the LCK altogether, as was confirmed by journalist Ashley Kang.

In a statement, Riot Korea says: “In order to ensure the safety of the members of the league, we have decided to have the LCK and Challengers Korea go on an indefinite hiatus. Currently, we do not have a set return date, and will keep a close eye on the epidemic to choose the appropriate date of return.” The final game before the hiatus will be Griffin vs kT Rolster.

We all received the announcement from Riot Korea today

No news on when the LCK will resume per normal schedule.

With just one fixture left for each team before the Spring Split grinds to a halt, two teams are currently tied at the top of the league, with reigning champions T1 and Gen.G both sitting on 7-1 records.

Coronavirus has had a massive impact on the competitive League of Legends scene in Asia, with the LPL in China having also been on hiatus but deciding to return with all games being played online for the first time ever in a major LoL league.

Announcements for the Mid Season Invitational have also been delayed as Riot assesses the current situation with the coronavirus outbreak.

The global spread of the virus has also affected events in Europe, with one of the year’s biggest CS:GO events, IEM Katowice, being played behind closed doors.