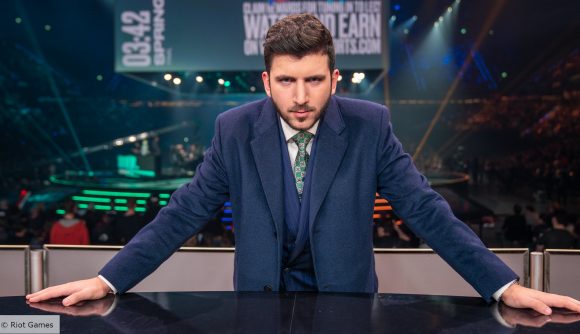 Ever since he vacated Team Vitality’s head coach position at the end of the Summer Split in 2019, Jakob ‘YamatoCannon’ Mebdi has been working as an analyst on the League of Legends European Championship desk. However, as of today, the Swede will be taking on a new position: head coach of Sandbox Gaming.

Sandbox announced the move on Twitter earlier today, making him the first Western head coach to join a Korean team. However, as travel restrictions are still in place, the 24-year-old will continue to work from home until it is safe for him to relocate to Seoul.

The coach started his League of Legends career as a player, before moving into coaching where he took on MeetYourMakers in the LCS in 2015. After they were relegated, he went on to coach Team ROCCAT, Splyce, and Team Vitality, where he helped inspire the French team’s dreamy Worlds run in 2018.

Sandbox Gaming hope YamatoCannon can inspire better performances in the upcoming split after the team recorded its lowest ever placement in the 2020 Spring Split.