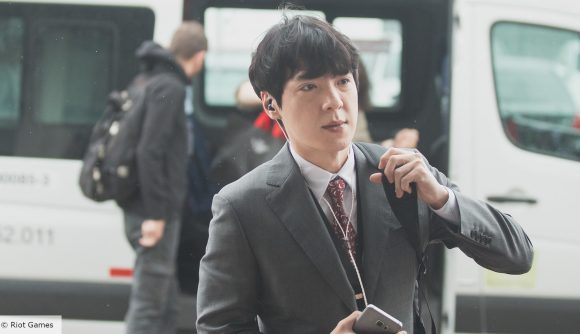 Kkoma is known as one of the most successful coaches of all time as he led SKT to a record-breaking three world championships, two of which were in consecutive years. No other team has managed to match either feat.

Considering his impressive resume, this move comes as quite the surprise considering the dreadful season Vici Gaming suffered in 2019. The LPL team finished joint-bottom out of the league’s 16 teams alongside OMG with an abysmal record of two wins and 13 losses. Considering he has attended Worlds on five separate occasions, losing is something Kkoma is not used to. This could be the biggest challenge of his career so far.

Last season, SKT won both the Spring and Summer Split of South Korea’s LCK but the team was eliminated in the semi-finals of both the Mid Season Invitational and the World Championships by Europe’s G2 Esports.

Vici has already begun to rebuild ahead of the 2020 season with the signing of talented ADC Hu ‘iBoy’ Xian-Zhao from EDward Gaming as the organisation’s biggest move so far. The team has also been bolstered by the additions of mid laner Deng ‘Forge’ Jie and jungler Lee ‘Chieftain’ Jae-yub. Meanwhile, Vici’s bot lane duo of Ding “Puff” Wang and Su ‘Southwind’ Zhi-Lin have joined former world champions Invictus Gaming and top laner Zhao ‘Aodi’ Ao-Di has joined EDG. Jungler Zeng ‘Youdang”‘Xian-Xin has also left the team but remains a free agent.

The play-style in the LPL is very different to that of the LCK which will make this an even tougher challenge for Kkoma. It will be fascinating to see how the legendary coach will fare next season and whether he can continue his prestigious legacy.