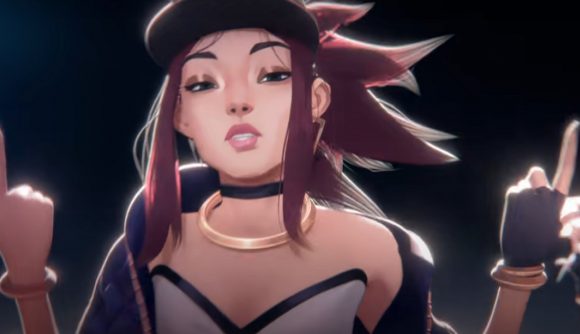 K/DA only has one single, but that hasn’t stopped the band from becoming a huge smash hit. The virtual K-pop band consists of League champions Ahri, Akali, Evelynn, and Kai’Sa, and made their debut at the 2018 World Championships. Now, ahead of the 2020 finals, the group is coming back.

This new single will release on August 27, and will be called The Baddest. Interestingly, K/DA’s official Twitter has labelled this a pre-release single, usually the name given to the first song put out to create buzz and help define a new era before a pop star releases an album. Could this pave the way for a more substantial K/DA release in the near future?

Considering the success of their first single, an album seems like a no-brainer. The band may be virtual, but the success and the money its generated definitely aren’t. After two years without a word, fans will be looking forward to getting their hands on (ears on?) The Baddest soon.

Their first single, POP/STARS, has close to 150 million listens on Spotify, averaging over 1 million a month. On YouTube, the band has enjoyed even more success, clearing 350 million views for the POP/STARS video.

Madison Beer, (G)I-DLE, and Jaira Burns are the voices behind the band – one member, Kai’Sa, has no vocalist and is just a dancer – and are expected to return to voice the characters once again. The band was originally put together as a (very) elaborate promotion for a set of in-game skins, but have since grown into much more than that, being some of the most celebrated and most cosplayed characters within the fanbase.

This time around, they may be given even more spotlight, after demonstrating how successful they can be. The news comes as Riot announced it has been working with musicians from Universal to put together a soundtrack for Worlds, but it is unknown at this time if this soundtrack and K/DA’s return are linked or are separate entities.