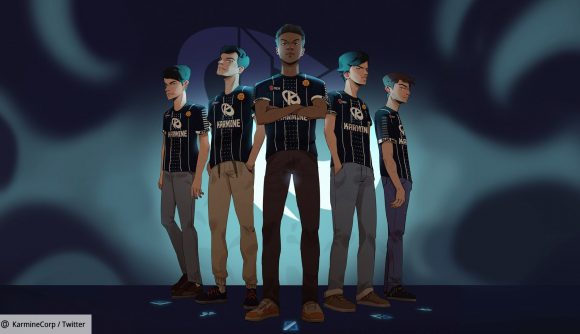 Karmine Corp – the hot favourites to win this edition of the regional tournament – defeated the NLC’s representative, BTXL, three games to one in a strong best-of-five performance. Following the victory, Kcorp owner Kamel ‘Kameto’ Kebir received the message from Macron.

Translated (with thanks to Reddit user ‘Scusemahfrench’), the message reads: “Dear Karmine Corp, it wouldn’t surprise you if I told you that I was no LoL expert, but I wanted to send you this message after learning about your wonderful victory. As the European champions, you are honoring our flag. You are showing to the whole of Europe that French people are talented in esports. So a huge congratulations to the whole team. Emmanuel Macron.”

You can see the original French text below.

Europe’s regional LoL leagues have progressively drawn more and more attention from the wider community over the past couple of years. However, much of this interest has been stirred through LEC teams’ hunt for the next superstars to represent the region at the top level, rather than an interest in the leagues themselves.

However, in France – which as a region has won the last three EU Masters events – the furore for the game’s second competitive tier has been explosive. This can be seen in the final, which recorded a peak of 290,000 viewers on the French stream alone. Sacré bleu.