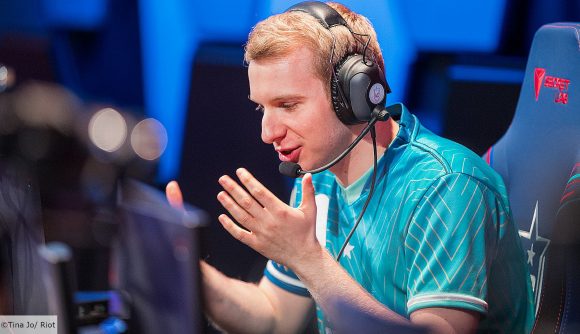 G2’s jungler Marcin ‘Jankos’ Jankowski is known for saying it as it is, and in a recent interview the 2019 Worlds runner-up revealed he would be open to a future move to LCS; but only to get paid more and for better weather.

Speaking to Inven Global, Jankos was asked if he would ever consider a switch from European to North American League of Legends. The Pole said that there were a number of factors that could see him potentially move across the pond at some point in his career, including getting paid more, the potential for him to lead a team, and the nicer weather and food.

“Well, I’m getting old, right?” Jankos responds after being asked about a future move to an LCS team. “Since I’m getting old and have a lot of experience I could lead a team maybe, someday. I’m not saying ‘no’ because if I close all my doors right now what happens when I become too bad to play for G2, right?”

“You have good food… you have good weather in LA,” he continues. “If I ever felt like I would maybe want to lead a team more, have another challenge after being in a really strong team, and obviously get paid more, then maybe.”

However, despite revealing that he could be tempted by these factors, Jankos commented that fellow European player Mads ‘Broxah’ Brock-Pedersen, who has moved from Fnatic to Team Liquid this offseason, could get “worse” at LoL following his move to LCS and that his move won’t “mean much” to the league.

“I don’t think it will mean much, honestly,” Jankos says. “I feel like Broxah is a really good player but I feel like he can’t make a difference alone. I think he’ll become worse… I hope he doesn’t because I like Broxah and I’ve got nothing against him, but I assume that playing on NA solo queue with NA players could make him worse because we’ve seen it with every player that’s gone to NA so far.”

Jankos’ harsh words come during an offseason that has seen North American teams recruit heavily from other regions after LCS teams disappointed on the international stage at Worlds this year.

The lack of homegrown talent in the league has meant that in positions like mid laner there could potentially be only one North American starter in the league.