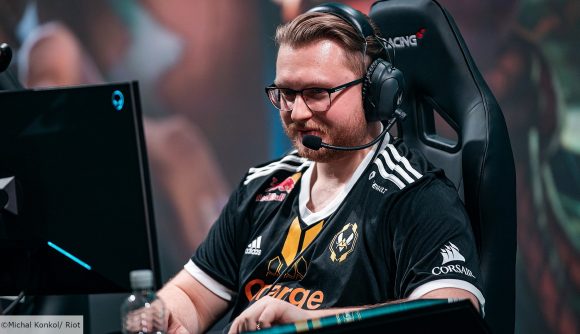 The support – who represented Vitality at Worlds 2018 – will land straight into Origen’s starting lineup for Week 5 of the LEC for games against Misfits and G2. This sees Australian Mitchell ‘Destiny’ Shaw dropped as he and Jactroll will now compete for the support role each week. Following the announcement of the signing, Jactroll says he is “thrilled” to join Origen and that he can already “feel chemistry” with his new teammates.

Origen’s general manager, Martin ‘Deficio’ Lynge, says that the team made the decision to bring on board a sixth player after it felt “stuck” in trying to find a way to push for a Worlds spot following a 4-5 start to the Summer Split. “Jactroll is a player the coaches have followed for years,” he says. “If we were going to add another member halfway through the regular season, then it had to be someone with LEC experience and clearly defined strengths & weaknesses.

“We wanted someone who could step in immediately and have an impact on the team. Jactroll’s champion pool adds new flexibility and the new voice and competition for the starting spot will have a positive effect on the team.”

I’m thrilled to announce I will be a part of this great team. From the very beginning I can feel chemistry in there. I’m grateful for a chance and I’m confident we will achieve great things together. It’s #NewBeginnings. https://t.co/J02dFg5DPI

Jactroll will be grateful for a fresh start in the LEC having not featured for Vitality so far in the Summer Split.

His first test will be against Misfits on Friday.