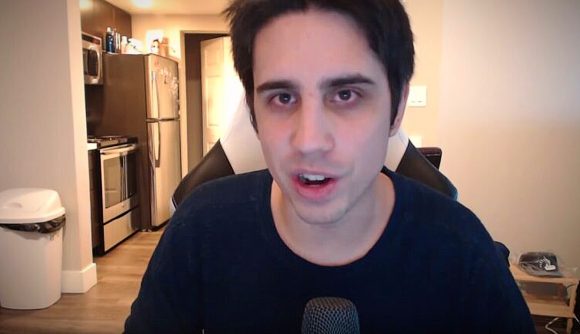 According to emails from Riot Games that IWillDominate shared on Twitter and a Twitch stream, he has been removed from the LPP because of statements on social media that “violated our policies and desire to foster a safe and inclusive community.” However, the streamer claims he hasn’t been given any examples of the alleged violations. IWillDominate’s appeal of the decision to remove him has also been denied, with a follow-up email saying that Riot “cannot make exceptions as it relates to targeted toxicity, sexism, or racially offensive jokes.”

IWillDominate, who has close to 800,000 followers on Twitch, has seen his co-streams of League of Legends esports action become increasingly popular, but has now had the co-streaming privileges removed due to his LPP suspension. In an emotional address to his fans on Twitch, IWillDominate says sorry to his fans but claims he still hasn’t been told specifically what he’s done to be booted from the LPP.

“I feel like I’ve let you guys down, but I just don’t know why this has happened,” he says. “I really wish I knew what caused them to make this decision, but it is what it is.”

In later tweets, however, IWillDominate claims that a comment he made during an LCS co-stream about players “painting nails” could potentially be the culprit.

Still don’t know what I did though… pic.twitter.com/TF6W3RIo2E

They will not tell me specifically because they don’t want my ban to be “up for debate.” The most likely reason that I was banned from LCS Co-Streaming was because of the painting nails comment that I made in a game earlier this season.

The League of Legends Partner Program hit the headlines last month when both Tyler ‘Tyler1’ Steinkamp and Hai ‘Hai’ Du Lam were suspended from the scheme after receiving in-game chat bans while playing LoL. The community rallied around Hai in particular, claiming his punishment was unjust, and the pressure caused Riot to reduce his suspension time. Tyler1 is still suspended from the LPP.

Both the initial decision and the length of the ban IWillDominate has received has raised fresh LPP protests from his fan base. Despite the streamer telling his viewers he would continue to search for answers from Riot, the second email he received clearly states that his suspension is “not up for debate.”