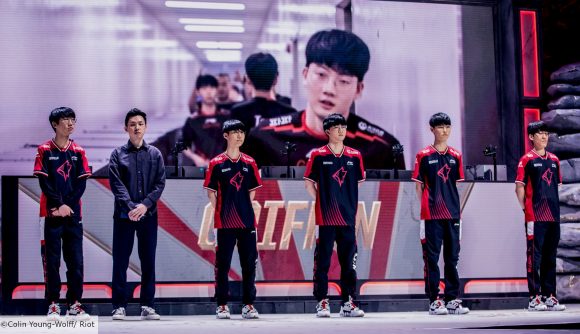 The news comes after Still8, the parent company behind the LCK Titans, apologised for the contracts and offered to void any contract held by players.

In a statement which has been translated by InvenGlobal, Still8 says: “First, we would like to apologise to all the fans. We recognise the seriousness and problems of the ‘unfair contract’ that was pointed out by the press and fans and are engraving it deeply in our minds. We’d like to bow our heads in apology to all fans, players, and esports authorities for us Still8 and Team Griffin not being able to understand the players’ minds, and not signing a contract with a considerate relationship.

“Over the past few days, we renewed the contract so that all unfair articles are deleted. To the players that requested to become free agents, we respect their thoughts and will allow them to become free agents. This renewal isn’t only to the LoL teams, but to all esports teams that are affiliated to the name, Still8 or Griffin. This is so that the players can grow alongside Still8 and Team Griffin as partners with trust.”

Griffin is yet to announce if any of the remaining players will follow in their footsteps and leave the organisation, or sign new contracts.

Either way, with Riot Korea’s recent decision to ban the team’s former coach for “physical and verbal abuse”, the spotlight is well and truly on Griffin.