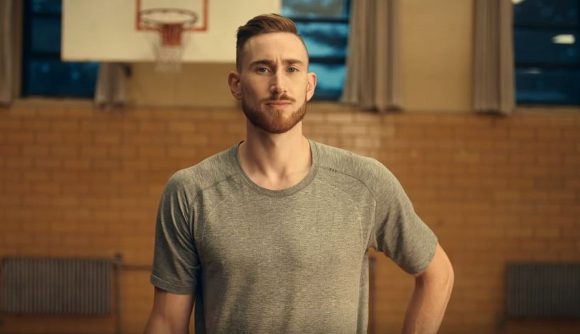 Boston Celtics’ player and keen League of Legends player Gordon Hayward says that he “couldn’t imagine” having to play basketball against people who were as toxic as those he faces in LoL.

During a livestream on Twitch, the Celtics small forward was asked which group of players were the most toxic: NBA players or League of Legends players. And there was certainly no question in his mind as to the answer. Coming off the back of a victory with Garen in a Gold 4 ranked game, Hayward boldly claimed that League of Legends players were “100,000% more toxic” than his fellow basketball pros, before imagining a world in which the players on the court were as brutal as those he faces on the Rift.

“Dude, it’s League players, 100,000% League players,” he says. “League of Legends players are so toxic… I can’t imagine being on a team in the NBA where they were as toxic as they are in League of Legends. Like, if you missed a three-pointer or something then everyone on the team would just start flaming you, like [sarcastically] ‘best three point shooter NA.’ Like, just for missing one three or something.”

He also later vents his frustrations about teammates spamming pings, saying that LoL players would be “constantly pinging him” to run the wing, for example, if they were to find themselves on the court.

It’s pretty crazy that despite competing at the very top of a sport where heated words and trash talk are often exchanged, Hayward still finds playing a game of LoL a more toxic experience.

Hayward will have experienced his fair share of flaming and irritating behaviour by now, having been an avid fan of League of Legends for years. With the NBA being suspended due to the coronavirus outbreak, he also now has plenty of time for a Platinum push – if the toxicity doesn’t get too much, that is.