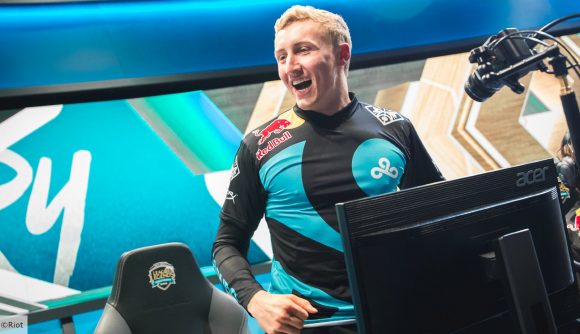 Golden Guardian’s new mid laner Greyson ‘Goldenglue’ Gilmer has criticised teams in the LCS for not recruiting more homegrown talent, pointing out that he will likely be the only North American player in his position for the 2020 season.

The 23-year-old American signed for Golden Guardians earlier this month from Cloud9’s academy roster and is set to be the only mid laner in the LCS that isn’t from outside of the NA region. Taking to Twitter, Goldenglue said: “It’s actually ridiculous that I am going to be the sole North American mid laner in the LCS.. so many good players not being given opportunities.” Goldenglue’s post comes just days after FlyQuest’s departing mid laner Eugene ‘Pobelter’ Park also spoke out, claiming that despite his wealth of experience he was being given the cold shoulder by prospective teams in the league.

At the time of writing (November 28), Goldenglue is the only North American mid laner but both Dignitas and Evil Geniuses are yet to secure a player in that position for the 2020 season.

A list of the current mid laners for LCS teams can be seen below.

It’s actually ridiculous that I am going to be the sole North American mid laner in the LCS.. so many good players not being given opportunities 😓

Golden Guardians, 100 Thieves and Counter Logic Gaming are the LCS teams with the most North American talent in their current rosters, each with three players form either Canada or the United States. There is still time in the transfer period for other teams to build up their rosters with North American talent, however this appears increasingly unlikely.

Concerns have been raised over whether the North American region is producing enough strong LoL talent after a disappointing showing by LCS teams at Worlds 2019. This seems to have scared teams into looking further afield when recruiting for the 2020 season.