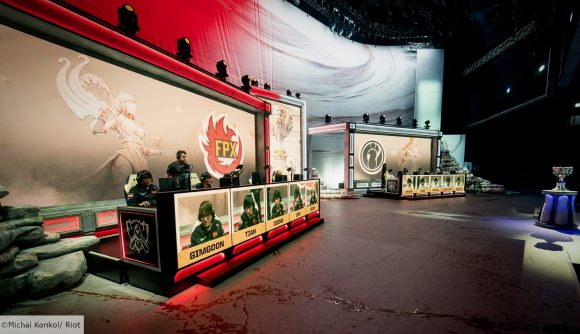 What better way to kick off the biggest and most-watched esports league in the world than with a showdown between the last two world champions. That’s right, the opening fixture of the 2020 LPL Spring Split sees current League of Legends Worlds winners FunPlus Phoenix take on the 2018 champions Invictus Gaming.

The split kicks off on January 13 with this epic clash and will be a tasty opening fixture for what is the most watched League of Legends regional league in the world. LoL’s massive Chinese audience will also be treated to a new schedule to the LPL which will see games played across every day of the week, meaning that each game week will have two fixtures every day for seven days in a row.

Not only will the opening match of the split see the two most recent Worlds winners lock horns, it’s also a game that pits the two winners of last season’s splits against each other, with IG winning the 2019 Spring Split and FPX winning in the summer. The match is also a repeat of the 2019 Worlds semifinal in which FPX came out on top.

The LPL officially announced their spring schedule today. Instead of having one day off like last year, every single day of the week will have an LPL match. Spring split kicks off with @FPX_Esports vs @invgaming on January 13! https://t.co/DkpLe8CHz1 pic.twitter.com/69aD2jGNC0

FPX come into the split as the bookmakers’ clear favourites to win, while IG are third favourites behind Top Gaming in second.

The reigning world champions have retained all five members of their roster that swept G2 Esports 3-0 in the final of Worlds 2019, including their MVP jungler Gao ‘Tian’ Tian-Liang.

IG are similarly unchanged from the roster that finished the 2019 season, with the only exception being the departure of AD carry Yu ‘JackeyLove’ Wen-Bo.