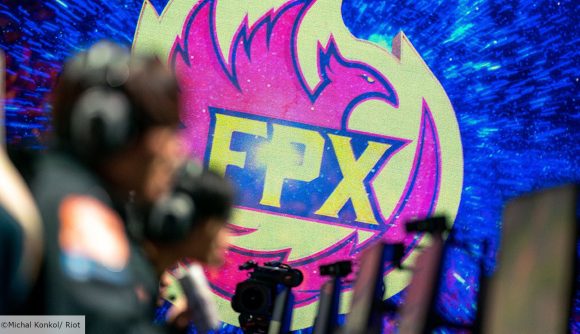 2019 League of Legends Worlds winner FunPlus Phoenix has announced that its recently-signed young jungler, Zhou ‘Bo’ Yang-Bo, has been suspended after reporting himself to the team for previous cases of match fixing.

According to an FPX Weibo post, which has been translated to English by LPL expert ‘iCrystalization’, Bo has informed the team that during his time playing in the LDL (the second-tier of Chinese League of Legends) he was “coerced” into influencing the outcome of matches. FPX has now suspended Bo, who was brought into the organisation from LDL team eStar Young as cover for its starting jungler Gao ‘Tian’ Tian-Liang. Tian had stepped back from the roster due to health issues.

Bo’s suspension explains why Tian was brought in for FPX’s fixture against Team WE today, despite the Worlds 2019 winner only being out of the side for only four weeks. Hopefully this was enough time for the 20-year-old to recover after claiming he was seeking “professional help” for illness that he would experience in the build up to high-pressure matches.

It is unclear how long Bo’s suspension will last, but an official punishment from the LPL itself is likely just around the corner. FPX says in its statement Bo has already been reported to league officials and the teams is cooperating with them to launch an investigation.

After much public discussion, FPX Bo reported himself to the organization and told them he was coerced into match-fixing while in the LDL.

FPX has reported him to League officials, and also suspended him until further notice from said officials. pic.twitter.com/6U9tabsHyF

While match fixing certainly shouldn’t be tolerated in any form, many are hoping that due to his age and claims that he was coerced, the promising young jungler won’t be hit with too big a ban from the league.

Despite joining the team in late January, Bo has already impressed with his performances on the Rift. In LPL Week 4, the youngster was awarded Rookie of the Week and also made the Best of the Rift team of the week.