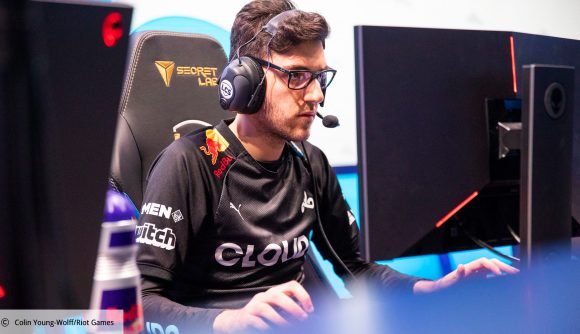 It’s all go at the Fnatic League of Legends camp right now it seems, as reports suggest current Cloud9 midlaner Yasin ‘Nisqy’ Dinçer will be making his way back to Europe to join the Worlds quarter-finalists. Both esportsmaniacos and L’Équipe have suggested that a verbal agreement has already been made by the LEC side to secure the Belgian’s services.

Nisqy has achieved consistent top three placings with Cloud9 during his two-year stint with the team, including a dominant 17-1 run during the 2020 Spring Split which would see the midlaner go on to achieve his first LCS playoffs title. However, the team capitulated during the Summer Split, managing only a fourth place finish and ultimately missing-out on a Worlds spot.

Nisqy’s potential arrival would open up a whole host of possible transfer moves throughout the Western scene, most-notably Luka ‘Perkz’ Perković’s rumoured move to Cloud9 from LEC champions G2 Esports. Cloud9 CEO Jack Etienne has made no secret of his desire to make the move happen, initially making some very coy remarks in a recent Reddit AMA. Jacob Wolf later reported that Cloud9 has made verbal commitments to both G2 and Perkz to complete a deal.

Although this would most-likely spell the end for Tim ‘Nemesis’ Lipovšek’s time with Fnatic, the young Slovenian midlaner still packs plenty of potential, so we may yet see him back in pro play next season. Nemesis may not only be the only Fnatic departee this off-season however, as rumours continue to circulate around Martin ‘Rekkles’ Larsson’s future. Fnatic’s talismanic bot laner is set to become a free agent on November 17, though we’re sure the team’s fans will be praying that there’s a swift re-signing on the horizon.

Should Rekkles re-sign, he would follow duo partner Zdravets ‘Hylissang’ Galabov, who is said to have signed a year-long extension with the organisation following a stellar performance at Worlds. Furthermore, Gabriël ‘Bwipo’ Rau told Inven Global in a recent interview that he “will be staying with Fnatic 99%,” hopefully entering his third year as a toplaner for the team. We can’t wait for another season of Bwipo reactions.

To keep up-to-date with all the latest LEC off-season moves and rumours, check out our 2021 League of Legends LEC roster guide.