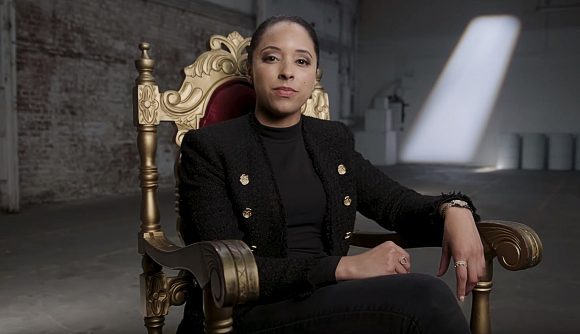 Evil Geniuses may be the newest League of Legends brand in the LCS after it bought up Echo Fox’s spot in the league earlier this year, but that hasn’t stopped its CEO going for the jugular of the nine other North American teams.

Nicole LaPointe Jameson, who was recently featured on Forbes’ 30 Under 30 list of influential young people in gaming, was taking part in a Reddit AMA on the League of Legends subreddit along with some of her Evil Geniuses colleagues. When posed the question: “Queen Nicole, can you roast every team in LCS with one sentence pretty please?” she happily obliged.

LaPointe Jameson, who’s Reddit username is ‘Bamb00zle-’ responded: “Hello, my favourite subject!” before commencing to roast Evil Geniuses’ LCS opponents. Some of the most savage beat downs include her takes on 100 Thieves (“The clothing brand?”), Cloud9 (“Have you paid your players yet?”), and Dignitas (“Thanks for the coaching staff. GLHF”).

She then joked that she thinks the team has “pissed off everyone” in the LCS already as a response to being asked who Evil Geniuses’ main rival in the league would be in 2020.

LaPointe Jameson also replied to a question about her expectations for the organisation’s return on investment now it has reentered competitive League of Legends. She said that Evil Geniuses are lucky that it has “investors and shareholders that understand that building something strong and successful is a long-term initiative; not a quick flip.”

Evil Geniuses has been poaching talent from across the LCS ahead of the 2020 season, signing the likes of AD carry Bae ‘Bang’ Jun-sik from 100 Thieves and Cloud9’s former support player Tristan ‘Zeyzal’ Stidam.