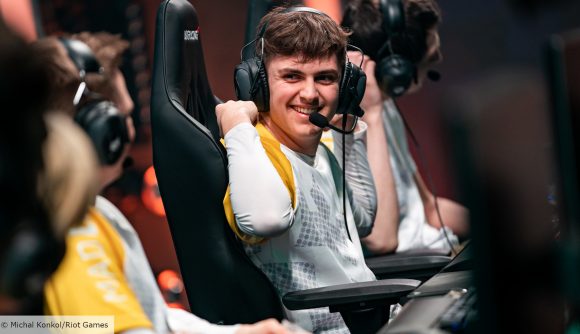 The League of Legends tournament responsible for talent such as Mad Lions’ Matyas ‘Carzzy’ Orsag is making a comeback. That’s right, the European Masters is returning next month to help up-and-coming talent prove themselves on the big stage.

The tournament, which has helped 22 players get into the LEC this year, is going to be played online only due to the ongoing coronavirus pandemic and produced by the LEC team. While the format has changed a bit, expect the same level of gameplay from some of the best European rookies.

The tournament will start on April 9 with the play-ins stage, although this part will be broadcast by Riot Games’ broadcast partner. The group stage will take place from April 13-May 2, followed by the playoff stage, which takes place from May 4-10. All these stages will be broadcast on the official EU Master channel.

Sixteen teams will fight it out in the play-ins stage next month to join the 12 already qualified teams from DACH, Spain, France, Poland, UK, Nordic, Balkans, Italy, Greece, Portugal, Czech and Slovakia, Benelux, and the Baltics.

Although it’s not clear who will emerge victorious just yet, we know we’re in for an absolute ride when this goes live next month. And with many Master players poached by teams in the LEC, you might just witness the birth of a legend.