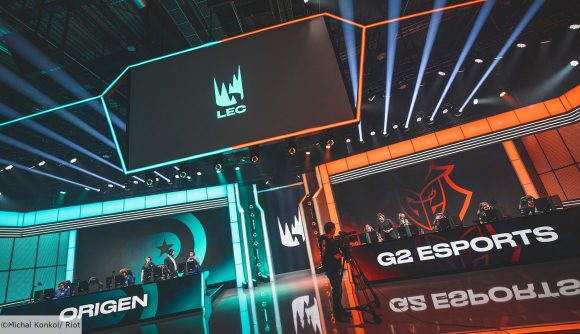 If there’s one thing gamers love, it’s free stuff. And in recent months, live drops have been utilised by game developers to either catapult a game into popularity or make their quarterly spreadsheets look a lot nicer when it comes to reporting on viewership figures for esports. The likes of Escape From Tarkov have done it expertly, and Riot showed the true power of the drop by dishing out Valorant beta codes for those watching the game on Twitch.

Now this year’s Summer Split in League of Legends will be getting the live drop treatment. Riot has announced that viewers of LEC and LCS games will now be able to claim rewards (both to use in League of Legends and from some third-party rewards from sponsors) while watching the action from week three onward.

Unlike many other drop schemes, this one won’t be happening through Twitch, but through the Watch.Lolesports.com live player. Those who have logged in with their account will be able to claim rewards that will be dished out when specific moments occur during the broadcast. According to the announcement post, this will include “Baron steals, pentakills, or a series going to the final game.”

But what will these Drops rewards be? Well, first off, there’s no skins. Sorry. However, there will be skin shards, as well as “chromas, prestige points, and Clash tickets.” As mentioned earlier, there will also be “promotions from our brand partners” up for grabs. Free Kit-Kat, anyone?

While this will only be available for those watching matches in the LCS or LEC, Riot says it is looking to expand Drops to other leagues when it is “confident it’s scaling well and adding to the fan experience.”

This is yet another significant step towards Riot ensuring that League of Legends offers the best viewer experience in esports, as well as finding new ways to make its boatload of sponsors happy.