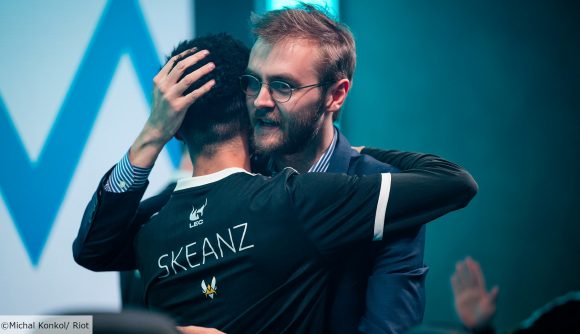 It took 40 minutes for Team Vitality to beat SK Gaming, who, having won just two games so far this year, are also experiencing issues of its own. With the increased level of competition in the tournament this year, it’s no surprise that some teams are doing worse than others. But Vitality was the last team without a win going into week five and the lack of results were a cause for concern for both fans and the organisation itself.

“Coming into the season without a mid laner, with a lot of rookies, the losses piling up kind of broke the confidence they had in themselves,” he says. “Coming up from the National Leagues where most of them were smashing it before going into the LEC, they lost the trust and the ability of doing winning plays because they started losing every week.

“We were doing worse and worse and our practices were getting harder and harder because there is always something inside your head telling you you’re never going to win.”

G2’s Mihael ‘Mikyx’ Mehle – who played against and completely destroyed Vitality in Week 2 – reckons the lack of a strong carry player is the underlying issue.

“Vitality don’t really have a really strong player on their team,” Mikyx says. “Everyone is fine, there isn’t really anyone there to carry the game. With the addition of Steeelback they’re doing a little bit better but none of their players are really insane that they can just carry the game.”

WE FINALLY DID IT!!! 💪 pic.twitter.com/4lmFECmbuT

Duke however, disputes the need for a carry and pinpointed leadership as the major issue in the current Vitality roster.

“Maybe if one player carried a game we would have won a game, that’s for sure,” Duke admits. “But I don’t think that’s the reason why we’ve been losing. What we need more than carries is a leader with a clear view of the game and that’s what I’m trying to teach but without the confidence and experience, it’s really hard to build. We need an in-game leader and hopefully it’ll emerge now we’ve managed to win a game.” 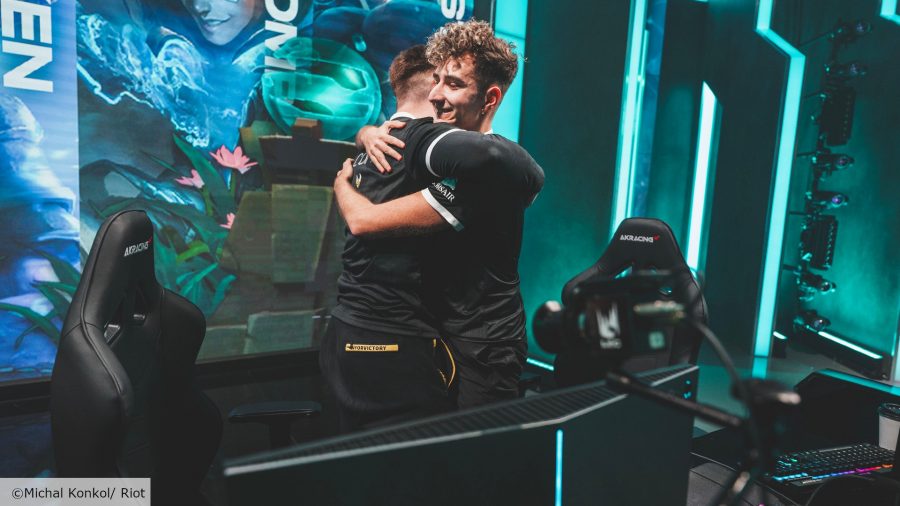 So what’s next for Vitality? Now the team has managed to pick up its first win, is playoffs still a realistic goal?

“At this point we don’t really care about our standings any more,” says Duke. “Of course, if for some reason it totally unlocks us and we start racking up wins, it could happen. We basically need to win it all now to get to playoffs.

“I think what’s important now is that we build for the future, so we don’t have the permanent stress which was a really heavy burden on the players and we just improve and basically start building for the Summer Split.”

Vitality may have secured that all important first win of 2020, but it will take a lot to build on it in week six of the Spring Split, where MAD Lions and G2 lie in wait.